Skip to content
When someone cuts me off in traffic, I imagine that they’re in a terrible hurry and didn’t see me. When a young man asks to use my cell phone in a bad part of town, I hand it over and ask if he needs anything else. When I’m taking a Greyhound bus ride and the bus is half full of freshly released prisoners, I always happen to end up right in the middle of their group of seats.

I tell people about the choices I make and I am almost always met with disbelief and fear. They say, “That man could have run off with your phone!” or “How can you feel safe by yourself in that situation?” I am often called naïve.

I have lived in low-income areas. Bars on windows are not new to me. Nor are police sirens, crime, or poverty. But I won’t let that change my world.

I could walk around all day and refuse every request made of me. I could always be on alert and ready to defend myself. I could keep pepper spray on my keys and my phone pre-programmed to 911 as I walk down side streets at night. I know the “right” and “safe” choices to make, but I choose to keep living the way I do.

Living in fear is exhausting. I have lived that way, and I have seen it destroy my grandmother. She is constant fear that someone will attack her or anyone in our family. She lives a “safe” and “well-protected” life. She parks the car under streetlights. She doesn’t talk to strangers. By society’s standards, she takes preventative steps to avoid tragedy. If she were to ever be a victim, no one would be able to say it’s her fault.

However, if someone were to run off with my phone, or ask for my change and not use it on bus fare, or lure me down a side street and attack me, it would be my fault. At least, that’s how other people might see it. I wouldn’t though.

How dare you enjoy your own culture

Remember that one time when Nicki Minaj wore a feathered headdress to announce her PinkPrint tour? A lot of people said, “Whoa, girl, why are... Read more

I choose every day to believe in people. I choose to believe that people are inherently good and kind. I believe that the strangers I encounter in “dangerous” situations are no more dangerous than strangers I would encounter in “safe” situations. And believe me, this way of living can be just as exhausting as living in fear. It is much easier to say that I don’t have any money or my phone is dead than help someone who might need it.

But why is it easier to believe that someone is evil than it is to help out a fellow human? So what if they are using me? Who cares that they could be lying? If I could help one person or brighten up one person’s day, then that’s all that matters to me.

I could be taken advantage of multiple times a day. I can be called naïve. I might live a riskier life than I should. But I choose to see the best in people. I choose to hope that if I ever needed help, there would be someone around just as naïve as me that would help. I choose to believe that we live in a good world.

Is it worth living in fear in an attempt to say as safe as possible? Or do you refuse to succumb to cynicism lest you cut yourself off from the world? 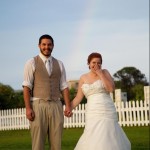 Sariah is an Italian-American woman with the wooden spoons to prove it. She knows that she's married and has a dog, but grad school has taken over any sense of a social life she once had. She'll be a certified elementary school teacher soon though. At least, that's what they keep telling her.

Comments on Making the choice to believe in people, or: Why I choose to be “naïve”