Skip to content
I am a social media user. I say that without shame! While I am not one of those people who updates my status every five minutes, or sends a tweet every two minutes, I do interactively use social media to stay in touch, talk about world events, to post pictures of various things of importance to me in my life. Facebook, Pinterest, Twitter, Instagram, LinkedIn… Yep, I have them all and I use them all almost daily.

I should back up just a bit and come clean (because I do think this all might be somewhat linked to my recent accidental discovery)… I am in my early 40s. I did not grow up with cell phones, home computers, iPods, iPads, etc. I was actually very late to the electronic device game. I did not own my first computer until 2000. My first cell phone came in 2003, and I carried it a full year without really ever turning it on. I was well into my late twenties when these things became a part of my daily life. And I didn’t own my first smart phone until two years ago. Still a newbie in many eyes!

So I certainly remember a time, a glorious time I think some days, where I was not connected at all.

In 2006 I discovered my first on-line community and I really started getting involved in the internet. It can be a wonderfully intoxicating event to connect to people all over the world.

My best friends are from the internet

I wrote my first blog. I found some of the best friends I have never met in these communities. People I felt closer to than in real life. People who just “got” me. First came online support group, then came Myspace, then came a craft beer community where I really found my online voice. I was one of a handful of ladies in a very male dominated on-line community. Sometimes it went well. Sometimes it didn’t. But I felt at home there.

I met my husband on that site. In a chat room no less. Talking about craft beer.

So of course having some kind of online presence has definitely helped define the last 10 years of my life. I mean, I met my husband online. How could the internet NOT define me?

Yet, most of my online family, as well as former co-workers, classmates, and even long-lost friends and family now connect there. So without Facebook, I can’t stay connected. The days of phone calls, or emails from long-lost connections seem to be gone. Everyone just seems to “Facebook” each other. We have turned a thing into a verb.

Then the holidays came this year. A time of numerous social gatherings with friends and family you don’t see nearly enough. And a little phrase kept sticking in my brain. The first time I kind of just laughed it off. “Oh yeah, I saw that on Facebook.”

But then it kept happening. One by one, I met with friends, family, coworkers over the holidays. And as we were “catching up” on our lives, and I would tell them what I have been up to, things I felt were of great importance to me and would be interesting to them; I heard it more and more. “Oh yeah, I saw that on Facebook” and the topic seemed no longer important enough to discuss. My real life updates were no longer important because I had already updated the world via Facebook.

Could I be divulging too much on social media?

I DO use Facebook frequently. I “check in” to places. I give shout outs to my gym, my favorite stores, my favorite local finds, even my favorite people. Yet, many of my closest REAL life friends and family do NOT. While they maintain pages, they don’t actually use them much.

So I started feeling like they had an unfair friendship advantage over me. And I felt sad and more than a little disappointed and yes, disconnected from them and the real world.

Could it be that my actual friendship, a face to face presence, was no longer needed in their world because I post on Facebook? Did my status updates constitute “keeping in touch” in their book? Did they no longer feel the need to go shopping, grab a bite, or see a movie, because they were keeping tabs on me via Facebook? It kind of appeared that way.

So I decided to try my accidental experiment

I deactivated my Facebook account. I deleted the app from my phone. I made no announcement. No drama. I simply got up one morning and hit DEACTIVATE. It was both scary and exciting.

I went into it not knowing how long it would last. I just knew I had to do some thinking and reflecting on how to manage friendships and relationships in our current world. I did this more for me than for them. I wanted to see what life without Facebook, or social media in general, was like now. And what I found out still has me contemplating.

The first 48 hours were brutal. I felt like a drug addict detoxing. I was tempted at least 50 times to log in. To see what the world was doing. It took everything I had in me to NOT log in. It made me uncomfortable!

Could it be that, in just five short years, Facebook has become so much a part of me that NOT being there felt like I was missing a vital part of me? I am afraid so.

And interestingly enough not one of my close, in person, friends, or family members noticed. Not one. No one called, texted or emailed me. But many other people did…

Those former co-workers, or online community connections I had made, wondered where I was and if I was okay. Quite a few texted me or contacted me through other websites that I was still active in, Linkedin, Pinterest, Myfitnesspal, etc. and a few even remembered my REAL email and actually sent lengthy emails asking about me and showing concern.

I must admit I was surprised by the results

It has forced me to really look inside and see how I have contributed to this shift in friendships. In addition to forcing me to re-define what friendship actually IS these days. My circle of close friends that I hang with seems to have diminished, or at least my importance to those friendships has, while my online family and those I feel even more connected with seems to have grown quite a bit.

How can that be? Is that normal? Am I normal?

It seemed maybe some “un-friending” in real life was needed and that is a VERY complicated thing.

I have since rejoined Facebook. Because I missed my on-line friends. Some might say they can’t really be friends if you never see them but to that I say hogwash. I like these people. I truly missed these people and their updates. And apparently, some of them missed me.

But I did narrow my friends list quite a bit. And I will be doing a lot more work going forward on the real relationships I have. Because I did miss some of those too. And the ones I didn’t, well, I guess it’s time to clean up that friends list too. 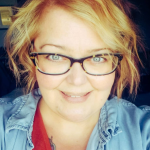 Dawn Bininger is a freelance writer and blogger. She can be found most weekends traipsing around graveyards. No, not because she is a goth chick or a grave digger, but because she is an amateur genealogist! She also has an insane obsession with food, craft beer, photography, animals, fitness and all things covered in cheese! She resides in Central Ohio with her offbeat husband Brian, two dogs Bode and Zoe, and her super cool but sometimes evil kitty Ozzy.

Comments on My accidental social media experiment: How Facebook changed the way we define friendships