One of the fantastic commenters of Offbeat Bride recently referenced “Impostor Syndrome” in a comment that Ariel then picked up on. I felt the need to share. This is a concept that has recently become a big part of life — because of these two little words, I feel I’ve come to understand how I was relating to my work a million times better, and this understanding has genuinely changed my behaviour.

Because I’m writing this (more or less) anonymously, I’m going to be vague on the details. I’m a PhD student in my final year. This means that in the second half of 2012, I was starting to apply for academic jobs. My friends and family believed in me, my supervisor was extremely supportive, my referees were encouraging, and everything in my past academic record suggested that I had every chance of getting a job in this (admittedly crazy-competitive) field. And yet, I felt crippled by doubts.

Killing my potential: I have a fear of success

I looked at my list of life goals and realized that most of my dreams were still just dreams. I was crestfallen and, quite frankly,... Read more

In fact, they weren’t even doubts to me. I knew I wasn’t good enough at X, Y, and Z to get a job. I knew I was less knowledgeable than I should be in key areas. Everything I wrote was flawed. Everyone who read it would blacklist me forever. Even when I started getting shortlisted for a few jobs, it just made the feelings worse. Even if I got a short-term research job, I reasoned, I would never get a permanent lectureship, because I wasn’t good enough — so it was immoral for me to take a job that should go to someone who had a long-term shot at an academic career. I started to see neutral, off-hand comments from colleagues as veiled insults, and came home in tears. At one point, I genuinely considered withdrawing all my applications.

Then one day, desperately Googling things like “academic failure” and other depressing phrases, I found a post referring to “Impostor Syndrome.” I don’t even remember now which one it was, I’ve read so many since. The definition as given on Wikipedia is:

…a psychological phenomenon in which people are unable to internalize their accomplishments. Despite external evidence of their competence, those with the syndrome remain convinced that they are frauds and do not deserve the success they have achieved. Proof of success is dismissed as luck, timing, or as a result of deceiving others into thinking they are more intelligent and competent than they believe themselves to be.

My first thought, I kid you not, was, “Well, some people might have Impostor Syndrome. But my success has genuinely been down to luck and deception.” This thought really woke me up. How could my reactions to things be so totally skewed?! Not only did I react to success by thinking, “Wow, I tricked them again, but they’ll find out I’m rubbish soon…” I was also reacting to INFORMATION ABOUT PEOPLE WHO HAVE THAT REACTION TO SUCCESS by thinking, “But I genuinely am a fraud.” What the hell?

I needed to sort my brain out. It had been an intense few months, but it was time to take stock. I asked my supervisor for a progress review, and he suggested writing down everything I had achieved in 2012. I’ll be honest, there was lots — it had been a busy year. As I made my list, I concentrated very hard on the dismissive comments that came to mind, trying to convince me that achievement X didn’t count because it was a fluke, or someone else had really been responsible for event Y. I truly listened to how crazy those dismissive comments were. And I pushed myself to give a long, long list of accomplishments to my supervisor, with lots of detail on what I was most proud of. And for the first time in a while, I really did feel proud of myself.

I still slip back into the old habits from time to time, of course. And I’m still applying for jobs (or waiting to hear back from older applications), which probably means I have a lot of rejection coming up in the first few months of 2013. But to be honest, I feel fine about that. It will be tough, but now that I know I can treat myself better and take ownership of what I have achieved, I think I can avoid reaching such a low point again.

Tips for the unconvinced

I know what you might be thinking, if you are in the grips of Impostor Syndrome — that’s not me, that’s just for academics, that’s not a real thing, and so on. Okay, so it’s kind of pop psychology, but I really recommend reading about other people’s experiences if this might at all apply to you. It’s not just for academics, though a lot of the best posts I’ve found relate to academia, because that’s just me. Do some googling.

My favourite blog posts and articles on this issue are:

Are there areas in your life do you feel like an impostor? How could you, or perhaps DID you, overcome the sensation? 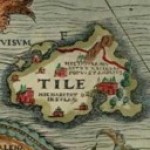 I'm a PhD student in the UK -- goal submission date in August 2013. I love travelling, learning languages, Doctor Who, knitting and general geekery.