A few women have asked me about my tubal ligation, including a couple media outlets like ABC News and Huffington Post. As sterilization with the goal of never reproducing now seems to be a hot topic, I thought I would discuss a few frequently asked questions. I hope this information helps other women who are thinking of making this decision for themselves.

Did you try birth control before the tubal?

Why I got my tubes tied before I turned 30

When I first broached the subject of permanent, non-hormonal birth control with my gynecologist, I wasn't even considering a tubal ligation. I had originally been... Read more

I feel like my surgeon misled me a little about my scar. Because tubal ligations can be done laproscopically, my surgeon said my scar would be in my belly button, and basically hidden from view. That’s not quite the truth. My incision was under my belly button more than inside it. I do have an outie, so maybe that’s why.

The scar is not invisible, but it’s also not the most noticeable of blemishes. It was red for a while, fresh and pink, and has now transitioned to white. In spite of slight reservations at first — do I want to forever scar my body with something besides a piercing or tattoo? — now I don’t feel self conscious about it at all. Honestly, I feel the scar is tiny compared to the huge impact it has had on my life.

How did the tubal ligation affect your period?

I have experienced some issues with my period since getting my tubes tied. My periods are more painful now, and they seem to linger with spotting. They used to last about five days, and now, with spotting, they last more like seven to nine days. The spotting occurs occasionally at the beginning and usually at the end.

I can usually control the pain from cramping with 800mg of ibuprofen. I’ll occasionally take a leftover tramadol, which is the pain pill prescribed after my surgery. Since my periods weren’t terribly painful to begin with, I figure they’re more normal now.

Also, of note: I have gotten cysts since my surgery, but I never had them before. Or at least I didn’t know if I did.

Did you experience weight gain?

I have gained some weight, but I don’t attribute it to the tubal. I think it is more likely the result of antidepressants, antipsychotics, and mood stabilizers my psychiatrist has tried me on as well as just the general lack of motivation that comes from depression.

What do you know about tubal ligation syndrome?

I actually had not heard of this phenomenon until after my surgery. I asked my surgeon about it at a follow-up appointment. She explained it as the changes in my period. In her observation of her own patients, she estimated that about 25 percent of women will have changes in their period.

Any surgery is scary, even routine procedures that have been successful for decades. No one should make such a decision lightly.

How much did it cost?

When I had the surgery in 2013, I had a $500 deductible with the surgeries covered at 90/10, so I paid 10% of the cost after my deductible. However, luckily, that year I had already met my deductible. I admit that’s why I decided to go through with it in October 2013. If I had waited until January, it would have added $600 to the cost (the new deductible for 2014).

Here is a breakdown from my insurance:

Do you regret it?

Hell, no. In spite of the problems with my period, I’ve never regretted my decision. It gives me an immeasurable amount of peace. It has resulted in an unanticipated effect that makes me more tolerant of stranger’s children. I even notice itty bitty babies at the grocery store and coo over them like normal people. 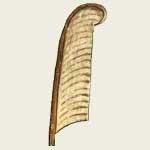 Heather Gentry lives in Fort Oglethorpe, Georgia where she is not the only bisexual, child-free, and polyamorously married woman, but definitely one of the few. You can find her on her personal blog.

Comments on Scars, costs, and regrets?: My tubal ligation FAQs