This article originally published in issue 2 of The Magazine.

Choosing a sperm donor is a little bit like setting up an Xbox avatar. You begin by deciding on the ethnicity, hair color, and eye color of the fellow whose sperm you’d like to combine with your egg to make your baby. Then you enter that criteria into a sperm-bank search engine, which returns a list of matching anonymous males who passed rigorous genetic tests and filled out detailed questionnaires. Finally, you pore through each donor profile, considering things like his height, weight, build, SAT scores, family medical history, sexual orientation, whether or not he has moles, the shape of his nose and mouth, and in some cases, his baby photo or voice sample.

Our sperm bank has a web-based form to search their database. As a developer, when I use tools like this, I can’t help but think about the coders behind it. Did the people who wrote this HTML really consider their end-users? Did they visualize the lesbians, the single women, the aspiring parents who had everything lined up except viable sperm? Did they imagine the tension, the hope, the bizarre feeling of picking out the genetic material to make your baby online, the same way you’d shop for computer parts?

In my web browser, I scroll down a page of search results, clicking the mouse wheel here and there to open potential donor profiles in background tabs.

My parents, devout Catholics, conceived me by accident. They agreed that they were finished having children after their third, my sister. They got rid of all of the baby clothes, the car seat, the toys, and the crib. Our family was big, the house was full, and they were happy — until seven years later, when the rhythm method failed them. News that Mom was pregnant with me was met with both joy and concern. Dad worried about space, tuition, and parenting stamina. They bought all of the baby stuff anew. Later, they’d tell the story of how I was a surprise, and I heard the undertones. They loved me so much, but my late-in-life arrival was stressful.

My wife and I have been discussing having a child for seven years. Unlike our heterosexual counterparts, the path to parenthood is not straightforward. There are several approaches, each fraught with a lengthy set of questions, and we’re paralyzed. We debate whether or not we’re ready, which one of us should carry, who our donor should be, where we would adopt from. In the meantime, our biological clocks tick and tock in tandem, louder every year. Forty looms. We either have to make a move or get a cat.

I show up at the sperm bank, credit card in hand. We’ve decided on a donor, and my wife is going to carry. She’s older than I am, so she gets first dibs. If it doesn’t work, I’ll try. Redundant uterus backup! I’ve never purchased sperm before and I’m nervous. I try not to think about the men who have come through this place, in the back rooms stocked with sterile cups and pornography.

Queer families have many questions to consider when planing a family: adopt or conceive? Who will carry? Should we choose someone we know to donate... Read more

A vial of sperm, it turns out, costs less than an iPhone. When she sees the donor code, the nurse behind the counter lights up.

“Oh! You picked a good one,” she tells me, winking. “I know him, and I really like him.” Either she’s a great salesperson, or our superior search skills unearthed a gem. I choose to believe the latter. Still, it’s weird that this stranger knows our child’s sperm donor, and we won’t.

The vials of sperm come frozen in a tank, which they roll out on a small hand truck. They tell me to keep it upright during transport. In the parking lot, I strap the tank into the passenger seat of my car with the seatbelt. Driving across town to the fertility center, we get stuck in traffic — me and the sperm that I hope will make my kid. I glance over at it. “You’ve got to swim, baby, swim!” At times like these, I feel like I’m co-starring in a bad sitcom about lesbians having kids.

I’m ready to bring in our backup uterus, but my wife wants to keep trying.

Almost half a dozen attempts at artificial insemination fail. Every month is a horrible emotional roller coaster. After each procedure we leave the fertility center high on hope. Two weeks later, not pregnant, we’re crushed. I’m ready to bring in our backup uterus, but my wife wants to keep trying. Our doctor upgrades us to in vitro fertilization, which is more expensive, more invasive, and more effective. At home, my wife shoots herself up with hormones and downs prenatal vitamins. At the hospital, they extract her eggs. I’m beside myself. We ferry back and forth from the fertility center to the sperm bank to the pharmacy. I’m in awe of what a good mother my wife already is, enduring endless exams, painful injection bruises, and a collection of daily pills, always calm and without complaint. Every night, I try not to stick her in the wrong place with the needle.

The first “test tube baby” was born in 1978. I was three years old. I can’t believe that within my lifetime, a complex procedure like IVF is available to regular people (with enough savings) like my wife and me. I think about all the scientists and doctors and technologists whose lives’ work might help create my child. I try to focus on my gratitude instead of worry.

At the lab, the embryologist injects the sperm directly into my wife’s eggs.

“The embryos like it dark,” our doctor says, as the nurse dims the lights. I’m not sure how a handful of cells that have just begun to divide could possibly have a lighting preference, but I just nod. The embryologist brings our fertilized egg into the room, which she has loaded from a Petri dish into a syringe. The doctor injects our embryo into my wife. We all hold hands and have a moment of silence, willing the baby to find a place to attach, grow, and thrive.

She looks just like my wife, which means I get to fall in love again with a new iteration of the most important person in my life.

Our baby girl was born on September 18, 2012. She looks just like my wife, which means I get to fall in love again with a new iteration of the most important person in my life.

My conception was an accident, but my daughter’s was the opposite. When she grows up, she will hear how her Moms conceived her in their minds years before she was conceived in a lab. She will find out that we went to the greatest emotional, financial, and medical lengths possible to bring her into this world. She will learn of the complicated and incredible medical technology that helped make her, and how lucky we were to have access to it.

When she understands all of that, she will be proud to be a test tube baby. She will know how much we wanted her, our precious result of a mad science experiment gone wonderfully right. 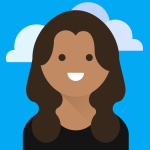 Gina Trapani is an app developer and creator of ThinkUp and Todo.txt. She hosts two technology podcasts, This Week in Google and In Beta. She is the founding (and former) editor of Lifehacker. She lives in sunny San Diego, California, by way of Brooklyn, New York.

Comments on How to make a baby: sperm donors, IVF, and mad science experiments