As a mom of a child with Down syndrome, I’m always looking for something new and good that relates to our family on TV. As a deaf mom who has long been a disability rights activist, I’ve found that to be pretty damn hard to find.

“Speechless” is a new TV show on ABC that seems to fit the bill. It’s a show about a family. The dad is laid back and the mom is an Energizer Bunny. There is the brainy middle child, the athletic youngest, and the eldest, JJ, who has Cerebral Palsy.

And it’s not completely fucking that up.

When I first saw it, I was taken aback by the mom (played by Minnie Driver, whom I last saw, incidentally, singing about 10 feet away from me at the Black and White Ball in San Francisco). She’s a fully-charged “special needs mum”; all push, prod, pull. I squirmed a little. And then I recognized her — she’s the “special needs warrior mom” on Facebook! The one who posts memes about how she’s a bear (or tiger, or some other such fierce animal) who will absolutely DO EVERYTHING FOR HER KID WITH SPECIAL NEEDS.

You know who I’m talking about, right?!

Everyone's buzzing this week about HGTV's House Hunters being fake. Instead of acting outraged that a staged reality show is staged, I say LET'S DRINK!... Read more

Once I got that, and didn’t take it to mean that the show was saying (however obliquely) that I (a fellow mom of a kid with a disability) should be like that, I relaxed and enjoyed her character a lot more.

Episode three, which I watched last week, is chock-full of good stuff. (WARNING: Tons of spoilers here, so either watch it first and come on back when you have, or revel in the spoilers.)

JJ can’t get through his bathroom door easily. Of course that speaks to the building code, and the fact that most buildings are using Universal Design. (Okay, maybe I’m totally inferring the Universal Design piece.)

Mom as The Martyr:

Mom lives for JJ and his “special needs” (and you should know how I feel about that phrase, gah). She just can’t stop hovering over him, can’t have fun doing things that are not related to him or his access, his inclusion, his education, his life. Mom is revolving her entire self around JJ, and it’s affecting everyone!

The siblings don’t do stuff that isn’t accessible, and they don’t really know each other because they don’t engage in stuff just the two of them.

This was my favorite part… The aide took control of JJ’s day, going whole hog over how far he can push the “inspiration” button. And having fun doing things he could never do without “a handy wheelchair-using kid” by his side. JJ finally nips it by saying something like, “this day was supposed to be about ME and what I wanted. You took away my voice. You don’t get to do that.”

For a show to tackle all this, and make us laugh while it’s doing it? Fucking brilliant.

Have you watched Speechless? What did you think about it? And have you also found other shows that accurately portray people with disabilities? 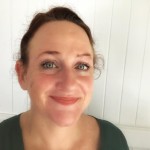 Meriah Nichols is a deaf Humboldt Housewife. She lives with her man off the grid with 3 kids (one with Down syndrome) in a yurt. She's got a camera, a lot of chickens, an amazing view, and really solid boots.

Comments on “Speechless” is a show about someone with a disability… and it’s not completely fucking that up!