A close relative recently confided that she doesn’t think gay people should have children. “It’s not fair to the child,” she argued. “Every child deserves a chance to be normal.” But what is normal?

For far too many people, “normal” means fitting into a predetermined category or box. It’s the act of being quantifiable, understandable, predictable. To be abnormal, on the other hand, is to be messy. It’s to be in flux, in motion, un-catchable, confusing, unfamiliar. It is, as Adrienne Rich so brilliantly put it, to be “not merely unspoken, but unspeakable.”

Here in my city of liberal Manhattan, I hear forward-thinking parents explaining to their young children that “some men love women, and some men love men.” But even this is a confining, binary statement. It sets those kids up for an unnecessarily black-or-white choice: which of these two categories do you want to be?

Of course people have preferences in their choice of a partner. We do, our parents did, our kids will. But let’s not train those kids from day one to feel like gender is the most important aspect of their being, or that it will end up being the number one deciding factor for their choice of romantic partner.

A chosen or assigned label like “male,” “female,” “straight,” or “gay” will still never do justice to the wholeness of any human being, so why boil people down to those categories? It’s not about political correctness; it’s about a bigger-picture awareness of the fact that humans are fascinating multi-faceted beings.

I remember becoming enamored of my favorite babysitter and her boyfriend when I was a child. They were an original, creative, loving, supportive but independent couple. I wanted to be just like them someday. “Don’t worry,” my babysitter assured me, “you will grow up, too. You’ll fall in love with a boy. And that boy, whoever he is, will change your life.”

Can you identify as bisexual and "reap heterosexuality's benefits" by being pregnant?

My babysitter was right — the person I now choose to be with has indeed changed my life for the better. But so did all the loves who came before, at least one of which resembled that beautiful babysitter.

Today, if someone asks me my sexual orientation, I ask, “How much time do you have?” I know labels don’t do us justice, but I also know it’s impossible to sit anyone down and paint an accurate picture of the entire constellation of identities and experiences and feelings that makes up a life. And I don’t expect to do that with my own children. All I can expect — and, frankly, hope — is to instill in them a lifetime’s worth of the open mind that I am just now settling into myself and a confidence that there truly is no such thing as “normal.”

“Don’t worry,” I will tell my child. “you will grow up, too. You’ll fall in love. And that person, whoever they are, will change your life.” 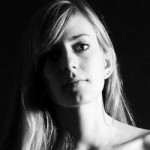 Amelia is a writer and editor from New York City. Her work has been published in/on So to Speak, Thought Catalog, MTV Act, NPR, The Jane Dough, The Huffington Post, xoJane.com, Elephant Journal, and others. She is a graduate of Vassar College (BA) and New York University (MA). Follow @apedelman on Twitter to get in touch.

Comments on Labels vs. Constellations: sexuality for the next generation