An article was recently published by Dalia Research about how polyamorous people are supposedly less sexually satisfied than monogamous people. Who did we ask to weigh in on this? Why, our favorite philosopher of love, of course: Carrie Jenkins, author of What Love Is.

First up, the headline of this Dalia Research post doesn’t reassure me about their motivations. Maybe there are some potentially interesting stats here… but “QUALITY OVER QUANTITY?” That’s some judgy bullshit right there, and I haven’t even started reading the post.

The supposed money-shot—the thing that’s getting this in the news—is the second chart:

This confuses the heck out of me before I get beyond the first column. I am a married poly person. Would I have been counted twice in this data set, or only once (and if once, where)? What’s going on—am I 80% likely to be satisfied, or only 71% likely? How will I decide if I need to stop being poly for the sake of my sex life? OH NOES!

The answer, of course, is that whatever these confusing categories are supposed to mean, precisely nothing follows about what I should do, or how satisfied any individual is or hypothetically would be in any kind of relationship. We certainly shouldn’t use something like this as guidance on how to make choices for ourselves.

If you were sent a link to this blog post by someone seeking to dissuade you from being in an open or poly relationship, I hate to break it to you but the person who sent it to you was likely motivated by something other than intelligent concern for your well-being. (Also, if you were going to make major life decisions on the basis of a blog post like this Dalia Research one,* you’d be better off moving to Spain.)

Where’d all that fine tuning disappear to? Suddenly leaving out the details at the crucial moment makes me suspicious. Did the detailed breakdown maybe show something inconsistent with the overall intended moral—and I use the word advisedly—of this post? Did it for example reveal that folks the “open/poly” category were more likely to say they were “very satisfied” than those in the “monogamous” category?

The data don’t seem to be available anywhere online; the only thing I could find was an email address to which one could write to request it. And remember this isn’t a peer-reviewed study, just a blog post—its rigour and research ethics are not being vouched for by an academic community or a scholarly publisher.

What about gender differences and methodology?

I’d also have been interested to see whether there were gender differences within the “monogamous” and “open/poly” categories. What if all the poly women are superduper satisfied and our average was dragged down by the highly dissatisfied poly men? I think we should be told. Oh yes, and what on earth does “looking” mean? Looking for what?

An important point to remember, too, about the methodology of this kind of research is that self-reporting is a giant mess. A 2015 paper in Science found that although conservatives report greater happiness, liberals exhibit more. Conservatives tend towards a more “self-enhancing” style of self-reporting in general, which can entirely explain this gap in self-reported happiness.

Now, it doesn’t take a genius to hypothesize the folks in the “poly/open” category may also lean liberal, and that the results being touted here as evidence for “quality over quantity” (again, ugh) may have been influenced by the less “self-enhancing” style of self-reporting that liberals tend to use.

Lastly, back to basics: correlation is not causation. Maybe some folks are less satisfied not because they’re having less sex, but because they have … y’know … bigger appetites. Again, without doing any rocket science, we can make room for the hypothesis that (some) people with bigger sexual appetites are also (somewhat) more motivated to explore open and poly relationships.

So, to summarize my overall thoughts about this “Quality Over Quantity” post. Clickbait? Oh yes. Highly sharable content for all those folks out there who just really want to believe that open relationships suck (and don’t want to think too much about the reliability of their sources)? Absolutely. A conversation-starter? Sure.

As for whether there’s anything else here, mark me down as a “meh.”

Unexpected polyamory and what it taught me about myself

Polyamory isn't something that I thought I'd ever be interested in. My husband and I were together for three years before I met someone who changed that. I struggled in the beginning with what to do. I couldn't ignore my feelings for this new man, and cheating on my husband was out of the question. I knew I had to talk with him about these new feelings I was developing and what to do with them... 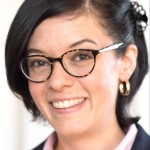 Carrie Jenkins is Professor of Philosophy and Canada Research Chair at the University of British Columbia, and author of What Love Is and What It Could Be. She lives in Vancouver, BC and her dog Mezzo is the best dog.