For the past two years, I’ve been able to maintain romantic relationships with men outside my marriage, as I’m non-monogamous though my husband is monogamous. My husband and I were a month into trying to conceive when we I peed on that stick and got the great news that I was pregnant. We read all the articles and listened to our doctors who warned that it could be six months-to-a-year before pregnancy so I was genuinely surprised I got pregnant so quickly.

As we sat looking at the third positive pregnancy test, I excitedly and nervously thought about who we would tell first: parents, siblings, in-laws, and that fantastic man who I started dating.

Yup, I was so pleased when I had a wonderful first date with Jeremiah about four and a half weeks before finding out I was pregnant. We had different goals to start — he was a married non-monogamous father with a wife who was poly; while I leaned towards the polyamory end of the spectrum with a monogamous husband. Despite that difference, I believed that a lover/friends-with-benefits-type of relationship could meet my needs.

Dating him was a delight, and then I got pregnant. I debated and decided that being pregnant would not be a barrier to pursuing him as a lover, my husband concurred — but I wasn’t sure if Jeremiah felt the same.

For a moment, I contemplated delaying telling Jeremiah until I absolutely had to — as in, when my belly started poking out. It had been some time since I found someone down-to-earth, emotionally stable, familiar with non-monogamy, cute, funny, and Black — like me. Why risk ruining things now when I might have a chance at a little fun, am I right? After all, we had only been on three dates — we might break up before I started showing for other reasons.

It was nerve-wracking, and, though I debated internally, I knew that I would tell him the next time we met. One of the foundations of any relationship — lust-based, love-based, or otherwise — should be complete honesty, and offering information so that any partners can make informed decisions. I would certainly want to know if situation was reverse.

We base some of the biggest decisions of our lives on romantic love, and yet we resist actually examining love... for fear of overthinking it... Read more

Telling him was awkward as hell. I wanted to wait until the end of the date and let him sit on it for a few days, but mid-date when he asked, “What was new?” I couldn’t just say lie and say, “Nothing.” So I just spit it out.

I could see the gears turning as he pondered the news, and announced that it was good I didn’t tell him towards the end of the date so that we could sit on the news together. He asked questions. He told me funny and real stories about his wife’s labor, and the early months with his child. He teased me about changes to come. My eyes watered with laughter. While still nervous about what decision might be; I exhaled and relaxed and enjoyed him the rest of our date. He didn’t share his internal thoughts but he decided that my pregnancy wouldn’t be a barrier — not right now anyway.

Being in a non-traditional relationships can be trying at times and while I’m happy that Jeremiah decided he would continue to see me, I would have totally understood if he had decided otherwise. As my husband and I continue forward with our family and life, it will always be interesting to see how life’s milestones are introduced into my non-traditional romantic relationships.

Oh but pregnancy and dating is totally not just a poly experience! How have you dealt with breaking the news of your bun in the oven with your dates? 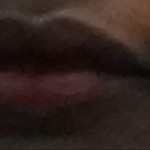 I’m a NYC based Black woman. I’m a heterosexual, thirty-something, non-monogamous, (sometimes) kinky, works by day, plays (some) nights. Silky pantyhose under rundown jeans. I briefly kept a blog about my journey through life particularly related to sex, relationships, men, non-monogamy and all the things that come with that.

Comments on Pregnant and polyamorous: On dating a potential lover while pregnant by your husband