Skip to content
My mother, an RN since 1968, was a pioneer of childbirth education in the 1970s, ’80s and ’90s. She was one of the first people in Texas to ever teach Lamaze as an alternative to childbirth while under anesthesia (the status quo of the 1970s). She earned her Master’s in Nursing while my brother and I were in high school. She wrote hundreds of articles about comfort methods during pregnancy and childbirth, about exercise during pregnancy, and childcare in the first year of life. The publications she wrote for ranged from American Baby to Fit Pregnancy to the Journal of Perinatal Education, and many others. One of her books, The Pregnant Woman’s Comfort Guide, was a ground breaking book about relieving the discomforts of pregnancy through natural methods.

I learned that she invented some of the now standard comfort techniques used during pregnancy and labor during her career, and she wrote and edited chapters in college text books for courses in childbirth education. And through all of this, she was an amazing, attentive and involved mother.

When she was admitted to Christus Sister Mary Hospice on September 21, 2012, she had spent the last five months in hospitals and skilled nursing facilities battling heart valve failure and congestive heart failure. During her time in hospice, my mom never spent more than a few minutes without one of her family members at her side. My aunt spent every night at the hospice in an overstuffed armchair by her bedside.

At first I was impressed with how sensitive and involved the staff was. They made sure she was comfortable, asked us how we were doing and offered to help us if we needed anything. And although my mother had lost the ability to communicate verbally by the third day that she was there, they spoke to her as though she was able to answer and talked her through everything they were doing to assist her.

I spent enough days there to really start looking around. This facility was, at first glance, a very nice, tranquil place that was inviting and welcoming to family and friends of loved ones in residence there. Then I really started looking and I was amazed at the amount of thought that had to go in to building this hospice.

When I first walked in to the hospice, I was impressed with how large the lobby was. There were multiple sitting areas, a kitchenette, a dining table and a playroom. As I spent more and more of my time there (endless thanks to my husband for being such a wonderful father and doing everything he could to make this easier on me), I began to really look around at the environment.

There were a multitude of comfortable, long couches arranged in sitting areas conducive to groups. There was a kitchen area with a large refrigerator/freezer for visitors to store food and drink in. There was a large dining table for families to eat dinner together.

Losing a sibling as a teen changed my feelings about parenthood

My thoughts about parenting have generally existed in a continuum that ranges from, "I definitely don't want kids" to "Kids seem like this fantasy thing"... Read more

And there was a great playroom with glass walls and a glass door so that children and grandchildren of patients in the facility could play freely without anyone worrying about the noise level. There were also individual armchairs sprinkled about, outside the playroom, in sitting areas, for individuals visiting.

There were also beautiful handmade quilts that had been donated to the hospice that served as wall hangings. And the other artwork on the walls was unique. This being a Catholic-run facility, there were many crosses on the walls. In the common areas, these were works of art. Some of the crosses had clearly been made from wood taken from old doors. You could see the holes where the hinges would have been.

Whoever designed the layout of this place put a great deal of thought into what we’d call “use cases” in UX design (and in other fields as well, I’m sure). They knew that there would be groups or individuals that would be spending a lot of time in this place, and that time would be heartbreakingly stressful. The colors used in the design were rich earth tones, brown wooden floors, dark leather couches, creams and golds — all very soothing.

The way the facility was designed, all 14 of the patient rooms had windows that faced a park with a large fountain and numerous, beautiful live oak trees. The hospice is located on the third floor of a three-story building. There was no traffic noise and no noise from floors above.

The trees were tall enough and close enough to the building that any sunlight coming through the windows was softly filtered. There were also blinds on all of the windows, but we kept those at least partially opened most of the time.

Since my mother had been in hospital settings for several months, there was a striking difference that I could immediately sense in the hospice room. It was quiet and tranquil with minimal disturbances. There were no blipping or beeping monitors, no multitude of loud equipment, no tangle of IV tubes hanging up on a stand. If we needed a nurse, we pushed the button and a buzzer sounded not in the patient’s room, but down the hall at the nurses station.

There was a bedside lamp that gave off soft white light. The only time there was any overhead light was when the nurses needed to administer medication or assist my mother in any other way.

In the room, there was a long sleeper sofa that was dark brown leather and a matching overstuffed armchair that was comfortable enough to nap in. There were extra pillows and blankets made available to us if we needed them.

I can’t imagine the heart and fortitude it takes to work in hospice care. The majority of the patients are there for end of life care. Only a very small percentage of patients there will move on to rehabilitative care or to a skilled nursing facility. I will forever remember Andrea, Joan, Lisa and the many other nurses, doctors, CNAs and counselors who were there for my mother and my family during this very difficult and emotional time. They were so gentle with my mother. They would talk her through anything they needed to do, even after she was unable to respond. And they would ask us if there was anything they could get us. If we wanted to, we could order meal trays to be delivered to us in the room for a paltry $2.00 per meal.

They made many helpful suggestions to us based on their years of experience with patients and families that they’d cared for over the years. I won’t go into specifics, but the suggestions they made were very appreciated. The staff looked past the patient and saw the person and the family and friends who love that person.

Something that struck me as particularly touching were the two memorials to patients who had been at the hospice. The first memorial was a beautiful metal sculpture on the wall. It took me a couple of days to realize what it was. There was the original sculpture of a tree filled with butterflies. Then along the wall on either side of the tree were butterflies of varying sizes with names engraved on them. It was a memorial made in a unique and beautiful fashion. Since the hospice is a branch of the non-profit Christus Santa Rosa Health System, the proceeds from the butterflies purchased by patients’ families stay within the hospice to pay for maintenance and upkeep. My uncle, aunt and great-aunt bought a beautiful orange swallow-tail butterfly to be engraved with my mother’s name.

The cost for the butterflies was not too steep (there were three size/price choices), but for people who aren’t able to purchase a memorial there was an alternative that may be even more beautiful.

There was a memorial made of stones that families could write on. Families were encouraged to bring stones with messages to their loved ones. The stones are displayed at the nurses station just past the large lobby area. The messages on the stones are intensely personal and moving.

While my mother was there, one of the families had an ailing relative with 15 children and many more grandchildren. They wrote all over a very large rock. The messages meant so much to them that they decided to take the rock home with them.

There is no charge for the rock memorials. I’d never seen anything like it.

When my mother departed this world, the heart wrenching experience was made less stressful by thoughtful attention to detail from the nursing staff. They took care of everything for us. All the minutiae associated with the aftermath was off our shoulders that evening. We cried, we prayed, we thanked the amazing staff and we went home to our families.

I pray that I never find myself or a loved one in the same situation again. But if I ever do, I know that there are people who dedicate their whole lives to thinking through the process of end of life care, patients facing the end of their earthly lives, the families and friends of the terminally ill and the details of dying. I could never be one of them, and I thank God for those unparalleled souls that exist who are. 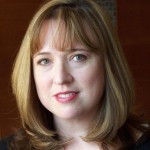 A user experience designer for a Fortune 500 financial services company, proud mom of 2, and a happy wife. Fearless designer of websites and apps by day, improvisational comedian by night.

Comments on Beauty in sadness: reflecting on the hospice in which my mother passed away