My son’s hair is long and curly. Wet, it hangs down between his shoulder blades in fine brown tendrils to the middle of his back. Dry, the curls gather in loose spirals at his shoulders. He has smooth, soft skin and small pink lips. His thick, dark eyelashes give his chocolate brown eyes an intensity and depth beyond his limited age.

What I am getting at here is that he is beautiful. Not with a face that only I, as his mother could love, but instead with a face that stops pedestrians in their tracks, turns heads on the train, and elicits constant exclamations from strangers:

“What a beautiful little girl you have!”

“Look at her curls!”

“Ooo she has dimples too!”

The last occurs as my son smiles, waves bye-bye, and blows kisses to his adoring masses.

My son simultaneously wears a Dora apron and fights sexism

It started when my son decided he wanted cupcakes. I figured we'd make cupcakes and take them to work for our friends. I gave him... Read more

He learned to tell male from female at a little over a year old—surprising me by consistently signing “Dad” at men and “Mom” at women, at people walking down the street or in picture books. Always, he got it right. Almost always those same people got it wrong, complimenting me on my daughter. Now at nearly two we ask him “Are you a baby?” to which he definitively answers “noooooo.”

It is tempting to write too much into this, to suppose that my child knows that the deepest truth of his self is neither male nor female but simply Self. Then again, we have yet to ask him if he is a little girl. Maybe if we did he’d echo back all the strangers who call him she.

And if he did?

We picked the name Morgan months before we conceived our child. At the time, I was certain that I would not want to find out the sex of my baby until it was born in an effort to avoid the prenatal gender stereotyping that runs rampant in baby shower gifts. Knee-deep in queer theory in my women’s studies graduate courses, I wanted a name that could go both ways in case my child did.

Now, three years and a thousand miles away from my graduate program and the endless discussions on what it means to resist dominant discourses of heteronormativity, I find myself tempted to cut the curls I adore. I believe that little boys should be able to have flowing tresses and that rosy cheeks and pink pajamas are not the property of femininity. And yet, I get tired of correcting all the well-meaning strangers who compliment my child with the wrong pronoun. And despite myself, I wonder what message Morgan learns from their confusion.

Don’t get me wrong, I don’t think that the erroneous “she” slipped into conversation will “turn” my son gay or transgender — should he grow up to date boys or dress in skirts or answer to “she” and “her” instead of “he” and “him” I will hug her and tell her again about the first time I ever kissed a girl. He will be who he will be, and the stereotypes of pediatricians and bus drivers from his childhood will not be the deciding factor in his self-identification.

But this does not mean he doesn’t hear a message in their errors. And perhaps more importantly, in my response. People stammer their apologies, offer lies to claim that now that they are really looking they can tell that he is a boy (as if he or I would be offended that they thought he was a girl). I am eager to smooth over their embarrassment. “It’s the curls,” I say. “They confuse everyone, but I can’t bear to cut his hair.”

I absorb the discomfort of others into myself. To ease it, I reinforce the stereotype I wish to dispel. It’s my fault, I teach my son. Long hair is for girls, I confirm, even as I beg his father to grow his out. What else do I teach him? That it is better to smooth over the awkwardness of strangers than to take a stand? That it is the role of women to always seek to make others emotionally comfortable?

Later, I ask Morgan, “Should I cut your hair? 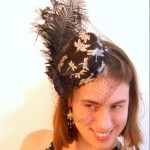 Celeste Bocchicchio-Chaudhri is a freelance writer and editor whose writing has appeared on Mommy Poppins Boston (boston.mommypoppins.com), a milliner, and an aspiring librarian. She lives in Boston with family, currently comprised of herself, her husband, two children, and two cats.

Comments on Do my interactions with strangers shape my toddler’s view of gender?