My significant other and I live on one main income — mine, as a freelance writer. While it’s enough for the basics in our small-town apartment, we’re a lot more comfortable when we’re keeping tabs on our money.

The number one impediment to my budgeting experience has been technology.

In this world, and especially for me as a freelance writer, it’s necessary to stay connected to my phone, texts, email, and internet. And it’s expensive.

Here’s how I’ve learned to deal…

Cut out the TV bills — who needs cable, anyway?

How to get rid of cable and watch TV online

Every once in a while on Facebook or Twitter, I see a plea for help to get rid of cable and start watching TV shows... Read more

For shows and movies you can’t find on these services, check YouTube, or visit your local library to rent movies and entire seasons of TV shows for free. If you use Amazon Prime for the free shipping, check out the streaming library to boost your collection. You can also hook yourself up with Roku, or a similar service, that streams to your TV for a few dollars a month.

Paying for software adds up fast, and nearly every important piece of software that you put on your computer has a freeware counterpart that you can choose instead. Here’s just a few that I have installed on my laptop for no cost:

These are just a few programs that I’m personally familiar with. In my experience, nearly any program that you need has a freeware version that you can get at no cost. Additionally, AVG and Malwarebytes both have premium versions that are cheaper than other commercial programs serving the same function, as do most freeware security programs.

Forward your calls and texts to minimize your smartphone bill

I tried pre-paid cell phone plans that didn’t meet my needs, micromanaging my smartphone plan and still spending way more than I was comfortable with, and shopping around with every mobile carrier in my area. The only solution I’ve been 100% happy with has been to forgo the mobile bill nearly altogether.

If I don’t know you, I won’t talk to you: why I have a cruel blacklisting app on my phone

While attending a small film festival a few years ago, I made the mistake of texting my vote for the festival's best film. Within a... Read more

I accomplished this by downloading a smartphone app for calling or texting (Textfree worked for me for a while, but I eventually switched to Google Voice). I canceled my smartphone contract and used my texting and calling app exclusively on WiFi for over a year.

Eventually, I decided that I’d like to have phone service when I’m not near WiFi, so I hooked up my smartphone with Ting, which lets me pay for only the minutes, texts, and data that I actually use every month, and set up Google Voice so that it would forward my calls to Ting when I’m not on WiFi.

The result? I pay $6 per month to keep my phone connected to Ting, and then a bit extra for whatever calls, texts or data I used that month. I’ve never had a phone bill over $14 because 99% of the time, I’m at home or out somewhere that has public WiFi, so I don’t pay for that usage.

There are definitely other companies out there that do what Ting does, so you’ll want to do your research and pick what works best for you. There are also other apps that do what Google Voice does, but in my experience, Google Voice works best because it has a forwarding feature that many apps lack.

See? Technology doesn’t have to be expensive as hell!

What tech solutions have you found as an offbeat budgeter? 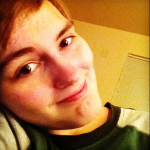 Lindsey is an offbeat freelance writer who loves cooking, crafting, and cultivating a home wherever she is. She lives in Pennsylvania with her partner and best friend, Derek.