When I first was introduced to the idea of polyamory, I was the first one to admit I had the same thought that many people new to the idea do — that it was basically all about the sex.

What Disney taught me about healthy polyamory

No one would ever try to argue that Disney love stories are realistic portrayals of the ups and downs and trials and tribulations of relationships.... Read more

A decade later, I’ve been slowly discovering what I consider my truth of polyamory, and it can quite neatly be summed up in one phrase: I’m dearly in love with my platonic wife. She is the Christina to my Meridith, the Horatio to my Hamlet. Or, as she would put it, the uber-smart and snarky Cortana to my Master Chief (pre-stalker levels, anyway).

Our little relationship “Pod” is made up of: Peter (my husband) and me, who got married (quite publicly!) five years ago, and have been together for just over seven. I’m pansexual, and he is heterosexual. Jeremiah, who is gender-fluid and bisexual, and I have been together for just over two years. Kira, the platonic wife in question, is sapiosexual, and we have known each other for about seven years; she and her heterosexual husband have been married for about two years, and their two kids are five and four years old. There are three houses, four cats, and a dog shared between the seven of us.

I actually met Kira just a few weeks after I first met my husband Peter; I had found her blog when I was Googling Peter, and may have possibly dug through the entire archives in a night or two. They had been friends for several years beforehand. Thus, when I walked into a dinner party and saw her sitting there, I promptly made a fangirl embarrassment of myself. She very kindly looked past that.

In the years since then, our relationship has grown from friends-of-the-same-person, to friends, to best friends, to platonic wives. Those seven years have included two births (one of which I acted as one of the doulas), a few deaths, several marriages (she was the Matron of Honor at mine, I was the officiant at hers), the normal ups and downs of relationships, home buying, and life. We do not live in the same home (they’re about 15 miles apart), though she did help me and Peter buy ours. There’s a lot of reasons for this, mostly it comes down to sharing homes just hasn’t worked out — and may not ever, even if our Pod has been known to dream of it now and again during a game of Dungeons and Dragons.

So why “platonic wife” instead of “best friend” or “really close friend”? Really it comes down to the fact that I consider her as important and as “legitimate” of a relationship as my relationships with my husband and partner. She and her husband are very completely sexually monogamous. A part of honoring their commitment to one another while being honest about the depth and closeness of our relationship is a big part of why we use the term “platonic wife.”

There’s also the not-insignificant fact that while our relationship is not sexual, it is romantic. This is not to say that there isn’t a sexual craving… we are both attracted to one another, and we both openly admit that sexual intimacy can be a big part of a relationship. However, it’s out of respect for all of our boundaries that we just don’t.

Romantic intimacy can be shared in other ways. She sends me Valentine’s cards and writes me incredible love notes when I’m having a rough day, I try to randomly surprise her with coffee when she’s having a rough day. We do cuddle a bit now and again on the couch, we share shoulder rubs, we talk constantly. She spends hours painting my nails, I spend hours programming her website and keeping it running. If anything were to happen to her and her husband, it would be without a moment’s hesitation that I would raise her kids as my own.

Entering a life of Living Apart Together

So last week, my partner got an amazing job offer in another state. He accepted the offer on Tuesday. Yesterday, he moved into his new... Read more

Another big part of it is using the terms we choose to make a very small, but important statement about respecting relationships of all sexual and relationship orientations. Asexual individuals have the rights to be respected as having just as deep, meaningful, powerful, and important relationships as those of us that are not. Couples living apart together are no less committed than couples that live together in the same place. She’s monogamous, and I’m not — but that doesn’t mean our bond is any less strong.

A good relationship isn’t all about sex, and neither is a good marriage for everyone. I do consider sex an incredibly important part of the relationships I have that do include that facet, but this one just doesn’t.

So not shying away from using marriage terminology, to me, makes a statement about what can make a good relationship — a strong, respectful, and deep bond between individuals that make the choice to be in a relationship, full stop. 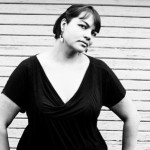 Comments on My family includes my “platonic wife”