Skip to content
We choose our best and happiest pictures to populate our photo albums. Flipping through my baby scrapbook, you will witness my father’s disgruntled smile and my mother’s listless eyes. Most memories I have of my childhood resemble an under-developed Polaroid, with faded smiles and red eyes, in which no one is saying cheese. Mum and dad were raised in devout Catholic families. They met young and quickly vowed their eternal love to God and each other, and like good Catholic progeny, attempted to raise as many kids as they could. My parents were not well suited for matrimony, nor for procreation, at least not the way I remembered them before I became a parent.

Sometimes, when I take a long enough stroll down Memory Lane, I catch a glimpse of happiness on my mother’s face as she’s bottle-feeding me while a cigarette burns in the ashtray beside my head. If I extend the promenade, I’ll come across the family car heading to Maine for a two-week summer vacation, kids without seat belts, the dog’s cheeks flapping in the wind through the back window, and dad duetting with Elvis. I tread a dirt road to reach these memories, and when I do borrow this dusky path, I am reminded of the choices and sacrifices my parents made to give us the tools to be loving and capable young adults.

My father was an artist, and my mother a free spirit. He thrived in a studio among oil paint tubes, canvas, and scrap metal, while my mother danced to The Mamas & the Papas in our living room, stoned. They were born and raised in a society where education and family life were governed by the Catholic church. You could be born a man or a woman, black or white, it really didn’t matter, you were first and foremost a Catholic. You would be constantly reminded through baptism, first communion, confirmation, and marriage that your place in French Quebec was to serve the Lord. God wanted many lambs to be shepherded, and a faithful Catholic family would have ten kids. Mum and dad tried hard, but out of six kids, only three survived. My father suppressed the artist and found honest work as a janitor. My mother traded her backpacking dreams for cooking, cleaning, folding socks and lullabies. My parents stayed married for their children, the way good Catholics do. They did what they could with what they had, and we had food, a roof to sleep under, and love… most of the time.

Becoming a father added colours to the snapshots of my youth.

And it was with a slew of banalities that Life showed us humility:

I understand my parents better now that I am walking in their shoes. My perspective has shifted. I hope that my kids in their time will receive the same gift of empathy and insight that I have been given. And if compassion takes its time to show its face, I hope they learn to adjust the hue and saturation of their digital pictures until they understand how much we loved them in our own weird and flawed ways. 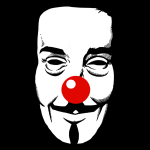 I'm a dad who blogs and writes and succeeds and fails but tries, and tries again. I'm also a blogger who tries to be a dad.