My little four-year-old is going to become Mr five-year-old in a few short weeks, and here I am looking at his newborn pictures and feeling just a little sad about all this time that flew by in a blink of an eye.

When he was born I was already a photographer. I knew I wanted and needed to capture these first few precious weeks. So, apart from arranging for a photographer to come and take a few, I also prepared all my gear and resolved to practice taking the most perfect newborn pictures.

What I didn’t know then was those “cute-baby-on-a-white-blanket-curled-up-in-a-perfect-pose” pictures would not be the ones I will treasure in five years time.

Sure, they are cute and pretty, but he’s just one of many equally cute babies curled up on a pretty blanket that Pinterest is full of. It tells me nothing about him as a baby and us as parents, nothing about those first weeks and I can look at that picture as long as I want and I won’t remember a thing.

But there are a few precious pictures — snaps, really — that I almost deleted back then, because they were so damn imperfect. A few snaps that tell a whole story about our trials by fire and learning all about being parents.

A picture of my husband in the hospital ward, his tiny newborn son asleep on his chest — the only position he’d sleep in for many more months to come. My hubby gained a few more wrinkles and grey hairs since, and it’s amazing to see him in his picture, before he truly became a dad, before the sleepless nights and arguments about the best way to change a nappy.

An interview with Emily, the mom behind Arthur Recreates

A picture of a hospital breast pump, that reminds me of those four horrible days when, after the perfect labour and birth, my baby just. would. not. nurse.

A picture of our messy bedroom, me just waking up and the baby asleep (or not?) in his basket — from the days when we still tried to have our son sleeping separately — and the mess on the shelf a story by itself…

A phone with an alarm clock as I was told to feed every three hours on-the-dot (oh I wish I didn’t listen to this particular piece of meaningless advice). A sheet where I recorded the times of feedings and nappy changes (oh god, really?!). An empty bottle of expressed breast milk as my little boy still struggled to latch on. A pile of pillows by the bed, as that was the only way I could even attempt to feed him. Nipple cream, because they hurt like hell. Glass of water, because I was always thirsty. A remote to switch the night light on when I was done feeding.

I didn’t think I remembered any of it, but just looking at this picture triggered an avalanche of memories of those early days that I thought were lost in the haze of early parenthood.

I wish I’d had more of those pictures. Breastfeeding. Changing the nappy. Getting dressed. Going for a walk. Shopping for a new buggy. Reading a parenting book trying to figure out this sleep thing. Working with a baby on my lap/chest/arm.

But I didn’t know I’d want those, so I didn’t take them, and didn’t ask them to be taken, and now I don’t have those memories.

I know better now and I urge you, new parents, and photographers, to ditch the perfection and embrace the imperfection. In five years time that may be what you will treasure the most. 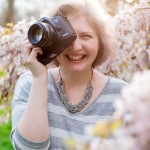 Antonina Mamzenko is a 30-something mother, home educator, book worm, photographer and blogger.

Comments on Breast pumps & messy rooms: The newborn photos I wish I had taken