My husband and I are no strangers to the well-meant-yet-still-abrasive questions: “Aren’t you a little young to get married?” “What are you going to do with that degree?” “Aren’t you going to regret not having your own children?”

My husband and I have spent the last three years trying to carve out a living in Southern California — an expensive, dry, and hot environment that neither of us are particularly in love with. Both sets of our parents settled here, and when we ejected from the nest, that’s where we ended up because we had jobs here.

The J word. I spent sometimes fifty-to-sixty hours every week at a low-paying, demanding job with a demonic commute. My husband drove an hour-and-a-half into the desert to teach at a poorly-funded community college whose student body often tolerated his class only because their parents told them they had to go or risk being kicked out of the house. And then we would watch our dwindling bank account every month, hands a-wringing, sometimes not sure we could afford to put gas in our car to go to work to pay our (relatively low, by SoCal standards) rent. Classic “I hate my job” sob stories, right? Everyone hates their jobs! No one has money! Get over it!

Why? We started asking in return. And the resounding answer was “that’s what it took to make it in our area,” — an area which we didn’t care for anyway. The timing was right. Our lease was ending, and so we had to commit: another six to twelve months stuck in place, or a scary leap which could wind us up skulking home to our parents, richer only in life experience.

Learn from someone who’s moved 8 times: How to move like a mutha’ effing pro

My husband managed to teach a few extra units, and I pulled yet more overtime, so our savings grew a little. Our parents pledged their support — a luxury which we know not everyone has, and for which we are so grateful. We applied for job after job in our new area, an endeavor which has not yet yielded fruit. And then came time to quit and pack up everything we own and just go.

We’re almost to moving day, and still not much on the job front. My husband is entered into a few employment pools, and I’m still cranking out cover letters like, well, like it’s my job. And still, with every new person we mention the move to, it’s, “do you have a job yet?”

I know. I know the conventional wisdom states that you never leave a job without having another one lined up. I know that you don’t make huge life choices without a safety net. But we looked at it and we thought and cried about it a bit and made a decision between being stuck somewhere that caused us stress where we didn’t want to be and moving to where we can breathe better and hopefully find a new start. It may not be an option for everyone, but we had to grasp this for ourselves.

That won’t be easy. The dreaded employment gap rears its ugly head. But for now, for us, with a loving support system in place and a modest savings cushion, this is our choice. Safety net or no, we’re going to fly. 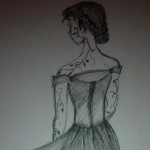 Catefish is an aspiring novelist from Southern California with an odd resume, an odd husband with his own odd resume, and a pair of odd cats. We're moving, resumes, cats and all, to Washington state this month. Fingers crossed.