Darlings, as usual, my reading list for for the year was a study in contradictions.

But as I review my Goodreads list, I see that this year was really the year of the ladieeeez.

I’m late to the party for some of these authors, long-time follower of others, and excited to discover a few more…

Late to the party

Octavia Butler: The Xenogenesis Trilogy
I am super ashamed to have only jumped on the Butler bandwagon this late, but dear Gaia in heaven, this is the most gorgeous, heartbreaking hard scifi series I have ever read. Butler is a female writer of color and she writes with all of her being. Her futures are believable and terrifying because they are grounded in our present, in our complex cultural identity.

One of my friend’s favorite books in the world, Housekeeping came into my life at an odd time. Robinson’s writing is lush and claustrophobic, filling your brain with a world of melancholy and confusion. I read the climax of the book on the night of the Boston Marathon Bombings and lay in bed afterwards, not crying, simply letting my eyes rid themselves of the tears that had been building up all day. Housekeeping doesn’t let you escape its influence. While some may enjoy the sensation of bathing in rich prose, I found it too emotionally enveloping.

With time, it will get easier to stop comparing everything Rowling writes to Harry Potter, but while reading A Casual Vacancy, I recognized her intricate voice, her well drawn and conspiratorial teenagers, her flawed and regretful adults, her fully-fleshed micro communities, her tightly woven plots. This was a sad book. Life is sad and death is inevitable and those that die are wiped of their sin. So were Harry’s parents, so was Sirius, and so was Barry Fairbrother. And those of us who live struggle in the shadow of their reputation, torn between the false memory of their life and the horrible knowledge that we will never live up to it.

I’ve been reading the Mary Russell series for 15 years; it’s my first Sherlock fanfic, when I really think about it. Mary is smart and funny and everything a 15-year old girl could imagine herself to be. Sherlock loves her for all her ugly quirks and together they trot around the globe in the 1920s solving mysteries.

Ludmilla Petrushevskaya: There Once Lived a Woman Who Tried to Kill Her Neighbor’s Baby

Petrushevskaya has been writing and publishing in Russia for 30 years and this collection of her short stories became a NY Times Best Seller when it was published in the US in 2009. Reading like the Russian, grown-up version of Scary Stories to Tell In the Dark, these short ultra-creepy tales are everything good about Russian fairy tales, with terrifying modern twists. War, poverty, political dissent, jealousy, grief are contrasted with love and duty. To country, to family, to neighbors.

I read this right after Housekeeping, which probably wasn’t great for my mood or my empathy for grieving white ladies. Astrid and Veronika is a gorgeous peek into one year of these women’s lives. As they share and mourn together, we share and mourn with them. I found the style a little demonstrative — sometimes I felt as if Linda Olsson was telling, not showing me the story. But I came away knowing the characters and pondering Veronika’s future, hoping for the best for her.

Bonus book by a dude

I wrote a law review article on the 10th anniversary of Yoshino’s famous article on bisexual invisibility, but only this year got around to reading his seminal book. Covering is an argument for a new direction of civil rights advocacy: protecting individuals’ ability to live their full selves in our society. Yoshino argues that as much as we should protect minority populations from facing discrimination because of the color of their skin or who they love, we should not require individuals to “cover” the characteristics that align them with their minority population — traditional African-American hairdos, for example, or lack of makeup for a less stereotypically feminine woman. Yoshino weaves his argument with threads from his own lived experience as a gay man and an Asian-American man. He describes his own journey from conversion (hoping and pretending to be straight), through passing (recognizing his own identity, but never sharing), to covering (being out, but acting as “straight” as he feels society requires him to act).

As a bisexual, less stereotypically feminine woman, I can identity all three phases in the journeys of many of my myriad identifies. But what I will take away from this book and treasure in my heart is Yoshino’s unapologetic demand for justice. He quotes Justice Brennan’s dissent to the Supreme Court in a death penalty case: when the majority spurned the use of studies showing racial bias in criminal sentencing for fear that it would lead to challenges to all dimensions of criminal sentencing, Brennan offered that this argument seemed “to suggest a fear of too much justice.” Yoshino analogizes to civil rights, proposing that the same could be said about too much protection against discrimination.

I am always super inspired by the Brain Pickings blog, for which I have to thank many books on my 2014 wishlist:

As well as some new hotness:

So how about you? What did y’all read in 2013 and what are you looking forward to in 2014? What should I add to my must-read list and what did I TOTALLY get wrong? 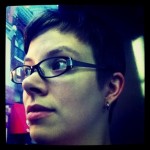 Heron is a life-long reader in the Boston area. Be her friend on Goodreads!

Comments on From sci-fi and Russian horror, to Sherlock Holmes fan fic and tear-jerkers: a lady writer reading list