This summer I have been eating a lot of pasta salad. I make a huge batch of it at the beginning of the week. Then, any time I’m hungry, it’s just a matter of plopping some in a bowl. It’s particularly great for eating while I’m running around the kitchen trying to find something for my (increasingly picky) son to eat. Or to feed to my son while I’m running around trying to do laundry and dishes. Or just to munch on in front of the computer when I really don’t want to put any effort into feeding myself.

It’s easy
Other than the pasta itself, there is no cooking involved. Cook pasta, chop veggies, crumble cheese, add oil and vinegar, and mix. So simple. Sure, chopping up all the veggies can take time, but since I make it in large batches that just means finding some time over the weekend or during naptime, and then having a no hassle lunch all week.

It’s versatile
There’s no real recipe for pasta salad because there’s no real wrong way to make it. My favorite pasta salad involves artichokes, feta, sundried tomatoes, kalamata olives, and red peppers. My partner’s mother makes hers with broccoli, onions, diced peppers, and black olives. My most recent batch contained micro tomatoes, feta cheese, zucchini, yellow squash, basil leaves, and red peppers. The point is, you can put almost anything in it. This is especially useful if you have a vegetable garden. Sometimes you find yourself holding a small handful of cherry tomatoes and a zucchini and thinking “What the heck am I supposed to make with this?” Or maybe you like to shop at your neighborhood farmer’s market. The super fresh produce all looks so good that you buy one of everything and then you get home wondering what you’re supposed to do with just one of everything. The answer my friends, is chop, slice, and throw in pasta!

It’s healthy
Okay, if you’re used to the pasta salad you get at the deli section of the grocery store you might argue with this one, but just hear me out. Yes, that pasta salad is mostly oil and empty carbs with the occasional olive thrown in for variety. However, there is no reason for your pasta salad to be so limited. First off, choose the right pasta. I personally like to go half and half with Barilla Plus and Ronzoni’s Garden Delight. Sure, with all the veggies I’m adding, the latter might be a little redundant, but it’s so yummy! There’s no real way to make pasta not carb-y, but those carbs don’t have to be empty.

Next, choose your dressing carefully. You could probably get an Italian that makes the whole process a little easier, but I prefer to just add olive oil, vinegars (yes plural — I prefer to use a mix of red wine, white wine, and balsamic) and seasoning until it all tastes right. Since I prefer things on the vinegary side, this means a lot less oil (and fat!) than anything store bought. I also throw in either a dash of lemon juice, or lemon pepper for that added umph!

We got two Megan-simple cooking appliances from our wedding registry. I already talked about how much the Instant Pot rocks. But I have to say,... Read more

Also, as mentioned above, it’s a great way to use local, in season vegetables. These are going to be packed with a lot more nutrients than anything that was picked early and ripened in transit or that’s been sitting in a jar or can (as much as I love my artichokes and sundried tomatoes).

So the next time you’re trying to think of what you can make now that will last you a few days, or what you could do with the small handful of veggies in your produce drawer, think pasta salad! This is the perfect time of year for it, so be sure to take full advantage.

Now that Anie has me craving pasta… what are you FAVORITE pasta recipes. Serve ’em up! 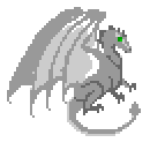