I found a T-shirt the other day on Etsy. It said “Lazy Femme,” and something about it struck every chord in me. Yes. Yes, that’s me. That shirt is mine.

The next morning, I got nervous. Did I understand what femme meant? Was I claiming something that wasn’t mine after all? I looked it up, and the first definition I saw was “feminine lesbian.” Oh, that definition was much narrower than I thought. I’d have to give the shirt to someone else. You see, I don’t have a lot of answers about my own gender and sexuality, but I do know what I’m not.

With so many different, wide, and varying definitions of femme, this is what settled into the nest of my heart: It is a messy word that somehow encompasses the appeal of winged eyeliner and red high heels, the traditional expectations thrust on womanhood throughout history, the caring, the emotional energy, the spirituality of an enormous heart, and it’s wrapping all of that up in a big ball and handing it to the world.

“Here. You want this? Do you feel like this is your heart? Take it. Have it. This word is yours.”

Why you should forget the mothering magazines

Do you love to embody beauty (itself, a very wide word)? Here is a concept that might fit you: femme.

As I said, there’s a lot I don’t know about myself. But I know that I love my lipsticks and eyeliners and hair dye. I love cooking and hosting, and paying attention to what my friends need — whether that’s a refill on their wine, or someone to divert the conversation now and ask a tactful question later. I love listening to what the world needs, with its diversity and its unheard history and its ever-changing vocabulary.

Of course, an intense makeup routine, and a dinner party for twenty people, and listening to the pain of the world all take it out of you. I personally can’t pick all of that up and put it on every day. I will have days of sweatpants and no makeup and refusing to hang out while I cover my stained T-shirt in barbecue chip crumbs.

And I’ll sit there and rest in the idea that Lazy Femme works for me. 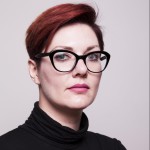 Chris Wolfgang is an editor and writer in Omaha, NE.

Comments on Am I a “lazy femme” or not?: The elusive definition of femme