I perform under the stage name “Knitty van Tassle” as part of the body-positive Pasties and Paddles Burlesque troupe in Spokane, Washington. We’ve performed at many venues in town, including The Knitting Factory, but our current home is at Club 412. Our shows usually have themes like “Geekgasm” and “Fetish 101.”

We had a wildly successful show this past weekend. The club was packed and the crowd was very enthusiastic and responsive, which was fantastic. This show was an anything-goes type of affair, and included fire dancers, hoopers, roller derby, and oil wrestling, in addition to burlesque. I’d spent the last month wavering between being very excited about my two solos, and being very scared about how exposed I was going to be up there. Normally when I perform, I leave a waist cincher on because of body issues.

There’s no cinching in a seven-and-a-half months pregnant belly.

There have been other women in our troupe who have performed while pregnant, and I consulted with pregnant performers from other troupes, like Eva Mae Garnet from Drop Dead Dames in San Diego, who had some wonderful advice.

So I went out there, on stage, in all my pregnant belly glory.

I was worried that the crowd wouldn’t be receptive to a heavily pregnant woman on stage, so I pretty much locked eyes with my friend Jewels in the front row and performed just for her (it was her wedding/birthday show, after all).

I’m proud of my stretch marks: body confidence after having two kids

Thanks to my son, I've now got a better understanding of who I am and why I should be proud of it. You won't hear... Read more

I needn’t have worried. The crowd went just as wild for me as it did for the other women and men in the show. Apparently, during my first solo, Mr. Bear (who runs sound and lights for the show) was pointing at me and excitedly telling the audience “That’s my wife! That’s my wife!” Which is adorable. I love him.

I’m very glad I decided to perform at this stage in my pregnancy, though it was incredibly exhausting for me. Being pregnant has been a very humbling experience for me. The body I used to have, and had all sorts of body image issues with, is gone, and it’s not coming back. Which is freeing, as all those issues are now a moot point. I have a new body now, and after I have this baby, I’ll have other issues to contend with. It’s like getting a fresh start, and I’m taking advantage of it by getting used to my new skin and celebrating it. 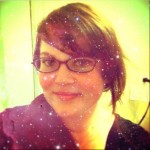