Skip to content
Community wisdom holds that the three most stressful life events that a couple can undertake are changing jobs, moving, and death. For us, repatriation combined the first two major stressors while throwing in several others, making our first year back in the US a very tumultuous transition.

Although we grew up in the same East coast city, my husband and I met while we were both living in China. With the exception of vacations and quick trips home, we spent every moment in a place where we could comfortably afford to hire someone to clean the house and walk our dog daily. Twice a year, she would take two-week vacations to visit her family in another city, leaving us to our own devices, “roughing it” in the most laughable way.

Those weeks, we ate even more meals at restaurants. No need to budget, because we could get a delicious (if not balanced) meal for less than two dollars each. We didn’t need to tidy up after ourselves, come home early from work to feed the dog, or squabble over time spent with family — they were, after all, half a world away.

Only two months after we married, we moved to the West coast, never having seen it. Suddenly there seemed to be a perpetually wet towel at the foot of an unmade bed, paper cluttered tabletops, and rumpled coats strewn at the entryway. We were incredulous, each suspecting that the other had secretly been raised by wolves. Where before we were blissful, we now bickered endlessly over the pile of dirty clothes on the bathroom floor and the pans that would balance unnoticed in the sink for days.

We knew how to do all these things, but we were willfully turning two pairs of blind eyes, despite not being able to afford to hire help. In this staring contest of sloppiness, I admit that I broke first. Each weekend, I’d lose a full day to cleaning. I’d have to wash up, even if I had spent an hour cooking after my more-than-full-time job. I’m not proud to admit that I stewed in resentment, even while nursing a thousand slovenly habits of my own.

That was the hoarse and teary low point, and I won’t pretend that crawling out of it hasn’t been a struggle. After countless defensive conversations, we realized that the household grousing was only the most readily obvious symptom of something much more salient; with a one-way ticket and three packed bags, we had lost a larger sense of our identities. While it could never be described as perfect, living overseas had granted us accelerated career paths and access to a world where we were constantly challenged intellectually.

If you and your partner are anything like me and mine, you settled into some domestic patterns in the first few months of living together.... Read more

When the customs officers welcomed us “home,” it felt like our idea of home had shifted from holding an endless sense of wonder to embodying a stack of drudging responsibilities. The towering mound of laundry only served as a physical reminder of this loss, and we were sulking.

We realized that to give living in this new place a fair shot, we couldn’t let “chore-doer” take root where “adventurer” had lived. Through trial and effort, we seem to have hit on a reasonable set of guidelines for building up the sense of self we both felt we lost, while investing in each other.

Allow ourselves the emotional space to miss our life abroad, and acknowledge that China’s grass is no less green than San Francisco’s. We remind ourselves that we’re not stuck here — passports work in both directions.

Schedule Skype dates with our friends that are either still in China or that have scattered to new corners of the world. We are not quarantined to our respective time zones.

Learn something new as often as we can. Make a concerted effort to take classes, find new outlets through which to broaden our minds and extend understanding. In 2012, this imperative ranged from obedience classes with the dog to coding, and may expand to include grad school in the near future.

Set up a budget, saving part of our income each month, allocating those funds to adventuring. Traveling together has always felt like returning home, and it’s important to us that this aspect of our lives retains emphasis no matter where we live.

Explore more of our immediate surroundings. We’re actively getting to know the area, and taking more frequent, smaller trips to see things we’ve never seen before. Remember to look at the world with fresh eyes and smile at all small absurdities.

Just for good measure, we now both do 70% of the housework. Because if we’re both putting in what we perceive as 70%, we’re working equally diligently while we perhaps more accurately each contribute half. Who knows, we may even splurge on hiring someone to help us clean the house once a month!

We may always think of ourselves indulgently as expats at heart, but at least for the near future, we’re actively striving to be content with where we are, and discovering how to compromise in the process. 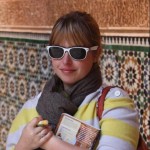 Kate is an insatiably curious woman-of-all-trades, who takes great joys in creating anything she can think of and getting her hands dirty. She lives in Berkeley, California with her husband Walker, her beagle Sidalee, and her beagledor Tully. You can connect with her on Twitter at @k8fr0st.

Comments on Substituting adventures with doing chores: The strange relationship strains of repatriating