Skip to content
In the past few years, with the economy tanking and all, the “boomerang generation” has really made a name for itself. You go to school, leave home, and then… you come back.

That’s exactly what I did. Was it my ideal plan? Nope. Did it allow me to get back on my feet after my first job turned out to be anything but dreamy? Absolutely. I did it for a year, and would have loved to do it longer, but I eventually had to say, “See ya!” to the family.

The thing is, as much as I loved free rent, I hated the logistics of trying to have sex.

To be fair, being a boomerang kid isn’t the worst thing in the world. It’s annoying, yes, and your carpal tunnel will get bad because seriously, there are no truly silent vibrators, but it’s manageable… until you meet a boomerang boy.

When you first meet one, you think it’s great! OK, I have this slightly awkward aspect of my life that I’m self-conscious about, but at least I’ve finally met someone who gets that! We’re so on the same page here! You bond over it and then… then you stop recognizing your sex life.

It’s like high school, but with way more sexual frustration — who knew that was possible? Believe me, it is. At the age of 25, you’re probably pretty cool telling guys what you want, and vice versa. And you probably just want it more than you did in high school. So just like any cute twentysomething chick, you’re getting texts saying, “I want to fuck.” And you’re responding, “OMG I want to fuck you so bad. Is your mom home?”

Loads of us are shacking up with in-laws to save money, but it's not always easy to feel good about being in the 'rents house.... Read more

And then it’s like, “Ugh, seriously?? Well, how big is your backseat?”

And even if you get lucky and Mom is away, having sex in the old bedroom isn’t quite the same once you graduate from high school. You’re looking around for things to spice up the act and it’s like, “Hey, do you think we could do something with those old soccer trophies?”

At that point I had just sort of given up on the idea of having a normal relationship until I moved out. When boomerang girl meets boomerang boy, there’s very little booming out going on, and that can be really hard to deal with. And for all the sneaking around and hassle, the sex has to be pretty amazing.

I finally moved out and I’ll be honest: I’m broke. But it’s been worth it. Suze Orman might disagree, but there simply comes a point when the need to get laid is greater than the need to save money.

Alright, Homies. We know a lot of you are living with parents. What are your tips for stealth-mode sexy times? (Or do you figure “we’re all adults here!” and have given up trying to hide?) 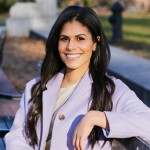 Rachel Wilkerson is a blogger and writer. Her work has appeared on SHAPE.com, Yahoo! Shine, and she is a writer for U by Kotex's Real Answers. She is currently living in sin in Houston, TX.

Comments on How big is your backseat?: Sex after moving back with your parents