All of the events and relationships involved in my birth story were put into place nine years ago when my best friend, H, and I met. We shared the same favorite geeky pastime — Civil War reenacting — and we struck up a friendship immediately. I had no idea at the time that she was ten years older than me, and we just hit it off. We’ve been best friends ever since.

I’ve watched my best friend and her husband struggle with infertility for years, and one day simply said: “You know I’d have a baby for you, right?”

That sentence started the most amazing journey.

Eleven months after that conversation, her little boy was born in my mother’s front room. I’d labored for 60 hours with my best friend at my side. We joked that she was really my partner because I kept getting mad at her throughout labor, but I wouldn’t let her leave my sight — she and my mother were my rocks. Between them and my amazing midwife (who has since passed away), we made it through.

I woke up one Thursday morning with contractions that were about eight minutes apart. I couldn’t sleep through them so I got up and puttered around the house. By noon they were good and strong, but still eight minutes apart. I spent most of Thursday with my mom at my side, the two of us thrifting and doing anything we could think of to keep my mind off the contractions. They grew closer together, and my midwife suggested I take a walk. H came over that night, and the contractions grew closer still.

I didn’t get any sleep that night, and my contractions still hovered at around four minutes apart with no let up. I spent most of the night trying to get some rest between each one, but it wasn’t what I would call restful — it was definitely one of the longest nights I’d ever had.

My experience at the hospital changed me. I was so judgmental of that way of birthing beforehand, so sure that my way was better. But... Read more

The contractions maintained all day Friday. My midwife came and checked me, and I was dilated to four centimeters. She knew I’d be going for a while and left to do things she needed to do. Friday night came and we were at the same place — three to four minutes apart, four centimeters. H and my mom were exhausted from the previous night, and our doula came over to take care of me while they slept. Friday night was even harder for me, and the exhaustion was beginning to set in. My doula called my midwife early in the morning to check me and see what we could do — at this point I had been in active labor, with no sleep, for 48 hours.

My midwife arrived around 6AM and said we had two options: slowing down labor with herbs so I could rest, or speeding things up. Everything depended on how dilated I was, but at that point slowing down labor was the last thing I wanted to do. I just wanted to be finished, so she checked me again and found I had dilated unevenly and was around six centimeters. I had a bump on my cervix and the baby was crooked in my pelvis, making me dilate almost completely in the back but only two to three centimeters in the front. My water broke on my next contraction, and then used herbs to augment my labor. Every hour or so they’d give me a little more, and within ten minutes of taking it my contractions were rolling again.

I began active labor that morning and started pushing at 3PM that afternoon. Eight hours of hard labor after so many hours without sleep was absolutely hellish — I felt ready to give up SO many times. I would stare into my midwife’s eyes during contractions and watch her breathe — I could keep breathing if I was watching her.

I had hoped pushing would make the back labor go away, but it didn’t. After over an hour of pushing I got the cries of joy from everyone in the room when the baby’s head crowned. My midwife wanted me to slow down as I pushed him out, but there was no way. After 60 hours of labor I pushed the baby out in two pushes — head, then body. D was born at 4:34PM. He had his umbilical cord wrapped around his head and hand three times, but everything was fine. We laid on the couch with him on my belly as they cleaned us both up, and he stayed attached to the placenta until his cord stopped pulsing.

After an hour or so of lying with me and H, I handed the baby to her so she could feed him. She and her husband were absolutely elated as they fed and burped him the first time. He spent the rest of the evening swaddled warm and looking around wide-eyed, and went home with his parents around 7PM.

I am so happy with my choice to attempt an unmedicated home birth — and to carry my best friend’s child for her. The best part of the entire experience was watching my friends hold their son for the very first time — it made the 42 weeks pregnancy and 60 hours of labor completely worth it. 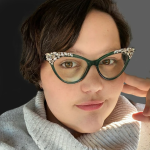 I'm a soon to be married mom of one with one on the way. In the middle I had a surrogate baby for my best friend.

Comments on I was my best friend’s surrogate