Skip to content
My favorite gentleman and I became parents when my biological daughter was six years old. I was 20 when she was born, just about to enter my third year in college, not in a relationship with her biological father, and not ready to be a mommy yet. When adoption wasn’t an option, my family members all stepped up and raised her (which is not an uncommon thing in Filipino culture).

She spent the first five years of her life in the Philippines with my aunt and grandma, where my aunt became a second mom to her. I’d visit her in the summer time, and she would come here to the United States every year, too. To this day, my daughter says she has two moms; my aunt and me.

In 2012, several events came into play that made it such that my little one would be best suited to live here: citizenship issues, academics, and just the plain fact that now, I was ready to be a full-time mom. I was ready to take care of my little girl, both emotionally and financially. I was in a relationship with a gentleman who adored me, and had met and loved my little girl. So after several months of planning to have a child live with us full time — moving to the suburbs, registering her for school, mentally preparing ourselves — my daughter finally had a permanent home with us.

We were so pleasantly surprised by how easy this transition was. Aside from a handful of times where my daughter would say she wanted to move back to the Philippines, almost always after we would discipline her or tell her that she couldn’t have a third cupcake, her insertion into our lives and our family was so seamless it was almost like she’s always been ours.

My husband immediately fell into the role of doting dad, and if you didn’t know any better you would have no idea she wasn’t biologically his. It took her all of 13 months to start calling him Dad (and that was only because she insisted on doing so only after we got married!). The father-daughter bond had already been put into place after just over half a calendar year.

Even though our story is somewhat unique, the idea of bringing a child into your home years after they’re born isn’t a new one. So often folks are hesitant to bring older children through their home, through adoption or other means, because of a fear that it’ll be more difficult to bond with a child you don’t receive as an infant. Through my limited experience (my own family experience!), I understand where this fear is coming from, but want to say that children bond with people who take care of them. Even without a genetic connection, a child, regardless of age, wants to feel love and likes the idea of being part of a family. 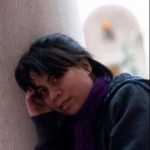 I'm a fairly new mom to a seven year old year girl, and a new wife (May 2013) to my best friend friend of over a decade. After seven years of working for Boston Public Schools, and as a Martial Arts instructor, I'm taking a break to embrace parenthood.