Unfuck Your Habitat is a miracle blog (and app!) that you all need to be aware of. UFYH is a blog run by a fantastic woman who is devoted to, as she puts it, “terrifying motivation for lazy people with messy homes.” The UFYH blog is focused mainly on success stories, or before-and-afters, but there are also hundreds of tips and tricks to helping you unfuck anything in your life that needs unfucking. If you have even the slightest desire to clean up your act and live like an adult, take a look at Unfuck Your Habitat and give it a try.

It’s so truly heartwarming to see people changing their lives, and the fact that there are brave people out there willing to air their dirty laundry (quite literally) in public, on the Internet… well, kudos to all of you. Seeing other people making a change is the best way to start, I think.

I’ve been married for three years, and I’ve lived with my spouse for four. In that time, through several apartments and sets of roommates, I’ve learned that we are in fact Dirty People. Rather than keep each other motivated, the two of us tend to wallow in our own filth. It’s awesome. Except not.

My husband was raised by hoarders, and it has been a struggle from Day 1 of living together to get him to clean anything. Anything at all. He loves a clean house, but he has literally no idea how to accomplish it. He physically cannot see messes or dirt — they blend into his surroundings. He’s not a lazy man, he’s hardworking and he definitely has a sense of pride. He keeps himself very clean as well. But the house… yeah, no.

In January, my mom died very unexpectedly and we inherited her house. Since then, I’ve spent the majority of my time in the house throwing away the junk she left behind and dealing with the general clutter. It’s emotionally and physically draining, yes. Unfuck Your Habitat helped me a lot through most of that stuff. But now, most of the stuff is gone and it’s time to just start living like adults and keeping the house clean every day. Maintenance is my new goal.

But how to deal with your cleaning-impaired partner? I have a few reluctant spouse tricks that I feel I have to share. Note: these are particularly relevant if you have a partner or roommate that suffers from depression.

I try to do daily cleaning until I get behind and overwhelmed. Then he will take a weekend and do a massive cleaning. We both... Read more

1. Be sure the depression is being addressed and dealt with as best as possible.
A person’s mental health is the absolute biggest priority. Yes, having a clean, welcoming space does help with the depression for some people, including my husband. But if he was to be unmedicated and his depression was running rampant again, making him clean would be the least of my priorities. You can’t bully someone into participating in life. I learned that the hard way.

2. Choose your times wisely.
This goes in line with the previous point. My husband is on anti-depressants, and they are AMAZING — they’ve changed our lives, and quite frankly saved our marriage. But shit happens. Pills get missed or forgotten on trips, etc., and he’ll inevitably have a mini-period of depression after a day or two. Being his closest buddy, I can see those times coming from a mile away and I Leave Him The Hell Alone. And I DON’T choose those times to address the state of the house. I also don’t get on him when it’s finals time, when he’s really sleep-deprived, or hungry as shit, because it would do no good. And when I say I don’t get on him, I mean I don’t even MENTION cleaning. Not even very nicely. Not even as a joke. (Oh god, don’t joke at those times.) This too shall pass. That’s my mantra.

3. No shaming, no joking, no passive aggressiveness.
If you have an issue with someone you live with, just talk to them. Just do it. Wait until the time seems okay and give it a try. And if it’s not a good time, WAIT. People have to be receptive to it, otherwise it does no good.

4. Let reluctant partners choose their own tasks.
My husband is awesome at the dishes: he likes doing them, so that’s his deal. He likes to vacuum as well. He loves fixing broken stuff. I let him do all of that, and I deal with the other things. It makes for a more harmonious union, I swear.

5. NO MARATHONS.
Thank you, UFYH! Without you, I would never have realized that our biggest issue was my attempts at marathoning cleaning. Now I know that it doesn’t work, and it only leads to burnout. I have distinct manic periods where I have to CLEAN ALL THE THINGS. I’ve learned to reel those in for my own sanity, and it’s helped with the partner cleaning as well. I never knew I was intimidating him and making him dread cleaning when I marathoned. Now, I know. Instead, we do Task, then Break. And we pick small tasks, like dishes, garbage, clean one surface… stuff like that.

My home has never been so wonderful. I swear. I owe so much to Unfuck Your Habitat. Thank you! 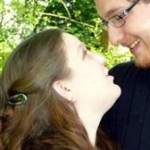 I'm a 30-year-old perpetual student, studying to be a teacher (at the moment). I'm married, a Washington State native, and I'm a mom to two fluffy furbabies and a nanny to two great boys. My house comprises all things geeky and wonderful, as does my blog.

Comments on “Unfucking” your habitat together: 5 ways to get your partner to help clean house