Skip to content
On a recent trip home from my daughters’ horseback riding lessons, we got on the subject of puppies, pregnancy, and birth. My daughters were trying to wrap their minds around the size of litters and giving birth to so many babies. What was confusing them was whether the mother had all the babies at once or if they emerged one at a time, and if so, how did the babies know to come out in “a line.”

My daughters asked if it was hard for the mom, and I explained that it’s tough to gauge pain or discomfort in animals, but it did seem like animals exhibited signs of pain while birthing their babies. The topic eventually worked its way to human babies and pregnancy. My oldest daughter finally asked the question, “Does it hurt?”

So, being a father and not wanting to miss an opportunity I said, “Yes, excruciatingly so.” I figured, why not, right? I am prone to hyperbole, but I felt my wife and most moms I know would back me up on this one. And a little fear of horrific pain might prolong their desire to become moms in, what seems entirely too near, the future. I know, I was using my honesty to mask my own parental fears of my daughters growing up, but… so what?

The girls were quiet for a moment and then my youngest finally said, “Well, I’m not having one then!” Internally, I cheered. My oldest waited a beat and then asked, “Do we have to have a baby if we don’t want one?”

I didn’t waste much time thinking over my answer this time either. “No,” I said. “It’s your choice, sweetheart, if you want to have babies or not.” Not to politicize a conversation with my daughters, but it wasn’t hard for me to make the connection between this innocent question from my daughter, and what seems an attempt at retracting the hard-fought equal rights for woman in the past few years.

At this point I was feeling pretty good about myself and the conversation. I felt I’d taken a stand for equal rights and promised to defend my daughters’ reproductive rights. I was feeling much like a bona fide father of the year candidate when I was blind sided by the next question.

This week we received a sheet of paper from the district—a head’s up, if you will—about a few films that will be shown to the... Read more

“So, how do they get in there then?” she asked.

“Um, what?” I asked, very quickly fearing the turn in the conversation. She wasn’t asking what I thought she’s asking, was she? C’mon, I still have a few years yet before I have to talk to my little girl about that, don’t I?!

I was sunk. I have to admit, I wasn’t ready for the question. I stammered, and admittedly, it wasn’t my proudest dad moment ever. I looked in the review mirror and saw my two daughters’ small faces, button noses, and blue eyes awaiting my answer. They were looking to me, their dad, to drop some knowledge on them, and never had I been at such a loss before. Especially for them.

“Well,” I started just as we passed the last few trees before our house came into view. “MOMMY!” my girls exclaimed as they noticed their Mom’s car, revealing she’d beaten us home. I was saved, the girls had forgotten their line of interrogation and their minds had moved on to the excitement of mom being home. I had, luckily, avoided this particular topic for — hopefully — another decade or so.

I let them down, but almost — I feel — really let them down. You see, in that split second before seeing my wife’s car, my mind had come up with two paths to follow — neither of which were very good options.

But, you see, here’s the thing: I haven’t been able forget about it. I let them down, but almost — I feel — really let them down. You see, in that split second before seeing my wife’s car, my mind had come up with two paths to follow — neither of which were very good options.

My first thought was to bury them in science and technical terms. Put my biology degrees to good use in stonewalling having to give my daughters a real explanation for sex and pregnancy. My other thought, and the one I nearly knee jerked into telling them, was that “When two parents love each other, they make a baby together.” Where this came from, I really don’t know, but it has really given me quite a bit of consternation since it leapt into my mind.

Why would I tell my daughters that? Well, I know why, because if I could I would line their clothes in bubble wrap, I would install airbags into the knees of their jeans, and surround their hearts in rainbows and marshmallows. But how would that ever empower them and honestly answer my daughter’s question? It wouldn’t. It would only empower the Todd Akins of the world — something that I won’t abide.

However, I want them to know and believe they were created out of love. They weren’t made from it, “No,” I’ll say. “You were made with a sperm and an egg. Simple as that.” However, I will be emphatic that because their Mom and I loved each other very much, we wanted to bring them into this world.

And, since that moment, they have shown me a whole new plane of existence and love. Every day they teach me more about love than I ever would have guessed. My daughters, simply at being born and taking breaths, have given my life purpose. I will tell them that. Every word.

But, I will also tell them that love isn’t what made them or put them in their Mom’s belly. No, that takes an egg from the mom and a sperm from the dad. Happens all the time in dogs, cats, whales, and millions of other species. It doesn’t take any love at all to make a baby. There’s nothing mysterious or magical about it.

Babies should be born into a safe and loving place, but that’s not always the case. Sometimes they’re not made because of love, “Not like you were,” I’ll say, but sometimes in apathy or even brutality. And, “That’s not okay,” I’ll say, but it is true.

I’ll tell them again because I actually got this bit right, that it will always be their choice whether to have a baby or not. Because, it is their choice.

So, I feel better now. I feel ready for the conversation, which I still hope has been delayed for a lengthy amount of time. I’m now ready to have “The Talk” with my daughters about how babies are made and where they come from. I’m still embarrassed about being ill prepared before, but at least I rallied and am ready for them now.

Which is good, at least, because I don’t know if I’ll ever be ready for them to actually make any. 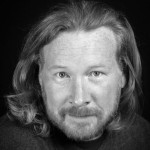 Mark lives and writes with his wife and two daughters in northern Vermont. A geeky stay-at-home-dad, writer, and filmmaker, Mark spends most of his time folding laundry, baking brownies, and playing with his daughters.

Comments on Talking “the talk” with my daughters: I accidentally avoided talking about sex with my kids