I grew up in an environment of ubiquitous suburban wastefulness and general disassociation with the natural world. My mom used paper plates for most dinners, even though we had ceramic ones, because it was “so much easier.” Reusable grocery bags were a concept was foreign and suspicious. We owned five television sets.

The exact moment that I became aware that my actions had a direct effect on the world around me occurred on-or-around Earth Day 1996, when my fourth-grade teacher had us watch this PSA video about water conservation…

It shows a little boy letting the faucet run while he brushes his teeth on the right side of the screen, and a pond rapidly draining on the left — threatening to beach the fish that lives there. Until the fish calls the boy on the phone and tells him to maybe stop being such a thoughtless asshat, and he turns the water off.

That shit stressed me out, y’all.

And in its haunting shadow, an environmentalist was born

Now, every time I throw my kitchen trash into the garbage bin outside, I have to actively resist thinking about how many millions of people are throwing their trash out at the same time. And how those millions of trash bags are all going to get picked up by giant garbage trucks who will drive them all to giant landfills. And how this has been going on at the same volume for decades upon decades. And how all the plastic that has ever been made is STILL FUCKING HERE because it takes plastic at least 450 years to biodegrade.

Needless to say, I am not a fan of climate change deniers. In fact, I put them right up there with Westboro Baptist Church members, and lifters who don’t re-rack their weights, on my continuum of eternal scorn.

Is ugly produce your path to food budget bliss?

We all know there's a big problem with food waste. So if you're not the type to fuss too much about picking the perfect apple... Read more

Our planet is the one thing that every single one of us has in common. We all breathe oxygen. We all drink water. And we’re all going to be up shit creek when those things aren’t breathable and drinkable anymore. Environmental protection should be the most unifying, mega-multi-partisan issue on the docket. Surely this will get fixed, little fourth-grade me thought, after watching that PSA. Surely all of the smart and powerful people of the world will get together and figure this out. And yet here we are, in 2017, still thoughtless asshats draining the pond.

My own attempts at sustainability are passionate, but fragile

I buy the reusable bags, but I forget them in my car. I toss the food scraps in the trash because it will take too long to empty the compost bin and the baby’s already crying. I wake up one day feeling like Captain Planet, and the next I’m considering buying paper plates for dinner.

I know I’m not alone. It’s the same mechanism by which any serious yet non-immediate threat gets pulverized in the gears of our everyday lives. We can only maintain that long-sighted concern (or in my case, overwhelming dread) for so long. We get tired. Things come up. As humans, we may deeply value empathy and aspire to hold it at the center of our beings, but it’s self-preservation that drives our lizard brain. There will always be a sizable part of our psyche that we just can’t convince to give a shit about something until it’s pounding on our door. And I think there’s an especially large, entirely intersectional number of us doing this with the environment.

As long as I drive a Toyota and turn on the air conditioning before June and use disposable diapers, I will feel like a hypocrite. Like I’m not trying hard enough at what I supposedly believe is one of the most important things to try at in my lifetime. But it’s precisely because it’s so important that I can’t afford to give in to my insecurities and defeatism. I have to make peace with the fact that this will never be an item I can check off my list or a project I can complete. It’s something that I will strive towards, imperfectly, for the rest of my life, and something I will raise my kids to continue striving towards long after I’m gone.

This year and all the years after, we will elevate Earth Day to “real holiday” status in our household, and we’ll celebrate with my daughter by reading books about how to take care of the earth, going on a nature walk, and thanking God for our planet and all of the beauty and magic it holds.

And we will try really hard to remember those reusable bags. 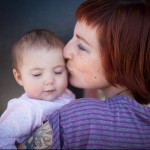 Nikki Mayeux is a writer, special educator, newbie urban homesteader, and mama living in New Orleans. When she’s not overthinking existential questions, she enjoys fitness and aerial arts, taking her daughter to the zoo, and taking way too many pictures with her plant identifier app. She writes about Hard Things and Beautiful Truths.