I swerved the car just a bit as my five-year-old’s words came from the backseat. In the rearview mirror, I tried to catch a glimpse. Was he scowling? Smirking? Sad? Oh, please don’t look sad. Nothing. He just looked right back at me.

We had waited until our son Ben turned four to talk about adoption. We wanted him to be old enough to begin to “get it,” knowing we’d build on it more and more as he was able to understand everything it meant. And like the “Where do babies come from?” conversation with our oldest son, the “What does adoption mean?” conversation was brief and age-appropriate, with most of the grownup details left out.

Although he’s asked why his afro can’t grow bangs (there’s an image!) or why his skin is brown and mine is white, he’s always quick to move on to other questions like:

Who is cooler: Superman or Batman? (Superman, obviously.)

But back to the car conversation: six years earlier, we put our 16-month-old foster son in the backseat of a stranger’s car. We’d fallen in love with him during his 14-month stay but the grandparents he’d never met were adopting him. He was so tiny in that big car, screaming and crying. We could do nothing but stand on the sidewalk, blowing him kisses and trying not to cry until the case worker’s car was out of sight. That’s when I knew I was not strong enough to be a foster mom and it was time to adopt.

Related Post I saw my birthdaughter, she loves me

I recently saw my daughter for the first time in about a year. She turned 6 this past fall, is going to school, and looks... Read more

He repeated. I suppose I should have been happy this conversation took place in the car and not in the middle of the grocery store or a parent-teacher conference.

After four months of paperwork, background checks, and a home study, the state rubber-stamped us. We were qualified to adopt. Our agent called about babies who weren’t even born yet. No newborns, I’d told her. Newborns were outside of our budget and we were too old for 3am feedings. Toddlers or preschoolers only.

But we soon learned that those kids are rarely in the foster care system — extended family usually takes them in. So, we set our sights on a country in Africa, filed the international paperwork, and paid the additional fees. A nanosecond later, our agent called about another baby. I reminded her we absolutely, positively did not want a newborn. We’d applied to our chosen country and that was that.

She kept talking: The attorney’s fees were in our budget. The baby was due in two weeks. He was only an hour’s drive away. No one had applied for him. NO ONE HAD APPLIED FOR HIM. He was black. He was a boy. If adoption were kickball, he’d have been the last pick for the team. He was coming into this world with no one. How in the world would we let that happen?

I’d guess parents worry, on average, a million times a day about exactly how they are screwing up their kids. I had no idea that raising an adopted child raises the worry-per-day numbers astronomically. The biggest worry of all is that Ben will wish he’d had a different mom. That someday he’ll wish for a first mom.

Who is cooler: first mom or second mom? (Oh, God.)

“I had a mom before you. But she couldn’t take care of me so she gave me to you. But that was years ago and now I’m yours. YOU are my second mom. Can I have a snack?”

As the garage door closed behind us and Ben scrambled out of the car and into the house, I took a moment to breathe. First mom. Second mom. Both of us wanted the best for Ben. Both of us were important, necessary, and irreplaceable in his life. Maybe someday he’ll think we’re (almost) as cool as Superman. Maybe. 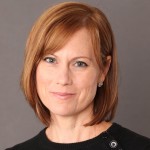 Tanya Valentine is the author of, All Bears Need Love, a picture book that addresses the comments, questions, and curiosities that often accompany adoption. She's a bio/foster/adoptive mom who shares all sorts of parenting tidbits on twitter @tanya_valentine.

Comments on My son told me I’m his “second mom”