When I was 12, my mom took me to meet her gynecologist who became my gynecologist. When I was 16, this gynecologist and I made a deal that if I still didn’t want kids when I turned 25 he would tie my tubes. My long-term first boyfriend and I got pregnant at 17 and we decided to have an abortion. He was going away to school in another state. I could not raise a child alone. It was for the best. Neither of us regret this decision. He’s now happily married with two kids. I’m also happily married. Yay!

At 24, I went on exchange to another state, fell in love with the place, and decided not to move back home. I got a new gynecologist. Shortly after my 25th birthday, I had an appointment with him, and I explained the deal my former gynecologist and I had. I asked him if he would honor that agreement. He said, “let me ask you a question first. Is there ever a situation in which you will want to have children?”

I said, “If there was a cataclysmic event, and we needed to repopulate the species, yes, I would want to have children.” He told me he wouldn’t tie my tubes because it is harder to reverse than a vasectomy. Plus, it would be harder to find doctors to do it. I was crushed.

At 27, I was thankful. I had a vision of being a mom. Since I hadn’t yet found my person, I was seriously considering artificial insemination. I couldn’t afford any treatments though, so I spent about a year and change thinking about the joys of kids. Then, I went back to my home in the “no camp.”

When I met my person, he wanted tons of kids. I mean TONS. I shared how I want kids of my own, but I don’t want them to be raised with other people’s kids. This is impossible in a society (duh), but the primary reason why I went back to the “no camp” is that in my experience, most people are mean and hurtful when they don’t understand something or someone. I’m no saint, but to have to watch a child get belittled when they didn’t choose to be here (if you believe that. Some people don’t and that’s okay) just seems like cruel and unusual punishment.

Anyway, time went by, and we both wanted to start a family. We want four to five children, we have their names picked out, and we start trying. Then, the Mister’s dad got sick, we moved to take care of him, I took a pill, and we stopped trying. When I went home to the “no camp,” I took him with me. He loves it there.

Over these past three years, I’ve thought about how great it would be to have kids with this beautiful, amazing person. I even put out feelers to see if his thoughts had changed. This is mostly because I’m eight years older and if we were going to try to conceive, it should be sooner rather than later. My feelings got hurt a couple of times, but that’s okay because we had honest conversations. After meeting a lot of older people with no kids and interviewing them about the quality of their lives — do they feel fulfilled, successful, like something’s missing, and so on — I realized that it is okay that our home is in the “no” camp.

The choice we’ve made has caused issues with my family because they would love our children. Our family have unrealistically set goals that revolve around our decisions though. After a talk with my mom, she has set her own goals for her life — it’s a start. My person and I are going to have a happy, successful, full life of love and adventure. We hope to be healthy. We are working towards many things we want to look back on at our 40th or 50th anniversary. None of those things are kids, and we are okay with that. 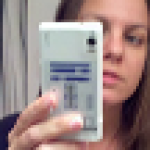 VirtualAlicia is PhD student, part-time writer, and full-time (tattooed) employee of a university system living on the fringes of the United States with her person and their cat in a place many call Paradise.