In the fall of 2012, my husband surprised me with news: his graduate adviser proposed an opportunity for him to live and work for six months in Austria as part of his PhD research. This announcement came shortly after my first ever trip to Europe, where we attended a research conference in France. My husband was thrilled because he would be able to keep on course with his school work and travel Europe, a huge goal he has had the entire seven years we have known each other.

I was excited for him but nervous about the timing. I was in my last semester of law school and all of my thoughts were focused on passing the Bar exam. Luckily my husband’s start day for work was flexible, so we managed to schedule his start day about one week after I would take the Bar exam. But this opportunity was something that would greatly help my husband’s career. And so without school obligations or kids, we took the plunge to move to Europe for six months.

Getting our travel visas was a fairly painless process but required a lot of planning. The Austrian embassy in Chicago was really helpful and they have very clear lists for the documentation we needed to provide. We communicated by email mostly, though the actual visa application had to be made in person at the embassy. We knew that we had to get all the paperwork right the first time, because the trip to Chicago meant a minimum five hour drive each way and an overnight hotel stay — in the middle of my studying for the Bar exam. I was submitting papers for a visitor’s visa, and my husband was submitting for a working visa.

Two to three weeks, one Bar exam, and one packed up apartment later, we were in Chicago to pick up our visas, then we took our flight to Vienna.

Austria is an idyllic country in the foothills of the Alps. We moved into a dorm room in Graz, the country’s second largest city with about 300,000 residents.

The change from a large two bedroom apartment in the US to moving back into student dorms as a married couple was a huge change! My husband and I are both fiercely independent and savor our space and alone time. Negotiating such a small space has really helped us grow in our marriage. (Pro-tip: invest in noise blocking headphones.)

This week Ariel and I fawned over a little trojan horse-style B&B somewhere in Belgium. It looks like it's the mobile home of a band... Read more

Austria is a predominantly conservative Roman Catholic country in the EU and Eurozone. Cities are nestled between the mountains and large cities are usually centered around a main fort or clock tower, smaller cities may be centered around a church. Graz is a UNESCO city of design and nicknamed the “Red Roof City.” Austrians are generally insular, preferring something local to anything else. This may be perceived as xenophobia, but it feels more like the tradition of supporting its own communities.

Its main language is a German dialect, which is completely different from High German. My husband luckily learned German in high school and continued into college. Unfortunately, my languages were French and Spanish, so I was facing a large language barrier. Modernly, all Austrian students must take English classes before finishing high school. What we discovered is that there is huge variation in young people’s comfort with speaking in English, and people older than 30 were completely unwilling to converse in anything other than German. We didn’t have enough money for me to take a German course while we were here (language teachers are paid at a remarkably high rate). So between my husband’s encouragement and YouTube videos, I slowly learned German words and phrases.

In six months I have gotten to the point where I can do many common errands in German, like using public transportation, buying groceries, ordering at restaurants, and going to the bank.

Another hurdle for me has been staving off boredom. I moved to Austria without a plan to work, without knowing anyone, without knowing the language and facing the days by myself while my husband was at work. It became quickly apparent that I needed something to fill my days with other than television and books. My husband’s Austrian university had an international student office. Through our contact with that office, I was able to get a volunteer internship with a human rights research organization. Because of my visa restrictions, I could not do any work to make money.

Over time I was able to make some friends of my own, and I was even invited to attend classes with some of the students I met in the dorm. Eventually it became easier to find things to fill my days and the struggle to stave off boredom wasn’t nearly as consuming.

Being an expat also comes with the challenge of staying in touch with family and friends from back home. I found that a combination of Facebook, email, and Skype helped me keep in touch with home.

While we were here my Bar results were released, one of my sisters had her baby shower and then had her baby, and my grandparents had their 60th wedding anniversary. My family is quite tech-savvy and I was able to attend my sister’s baby shower and my grandparents’ anniversary party through Skype. At my grandparents’ party, they connected my Skype conference to the screen projector in the hotel ballroom — I was projected up for everyone to see like the Wizard’s head in The Wizard of Oz! During dinner everyone came up one-by-one to say “Hi” to me and chat. It is a priceless memory for me, and I feel really grateful that I was able to attend from half a world away (even if I had to wake up at 2am to call in).

We are now at the end of our time here in Austria. It has been such an amazing, and hard, and rewarding experience. I am sad to leave, excited to go back home, and I vow to come back again some day soon. 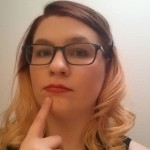 A recent law school graduate from Michigan, now an expat living in Graz, Austria with her husband. We are two nerds that try to compromise on solutions that work for both of us.

Comments on Language barriers, boredom, and giant floating heads: My experience as an expat in Austria