Nine months ago I was sitting at this very laptop, surrounded by every other laptop we had in the flat (all of which were logged into different Facebook accounts), plus address books, and lists of names, and my mobile phone had never seen so much use in its life.

My fiancé had passed away early that morning and we’d just finished letting everyone know.

One of the many side effects of his chronic illness and the drugs used to treat it was high blood pressure. I’d left for church on a beautiful Sunday morning in spring, leaving him curled up happily in bed. I’d returned to find him collapsed on the floor, unconscious and barely breathing following a brain hemorrhage. At 4.15 am on the following Tuesday morning, his life support was switched off.

I didn’t think of myself as being much of a “things” person. After his passing, I still have the memories of our time together and the rings, and I thought that’d do me. Quite a bit of the stuff in the flat was his grandma’s and there was a lot of stuff I was going to encourage him to either get rid of or replace although I expected this to take three or four years to sort properly.

Since he passed away, I’ve been on a somewhat accelerated house clearance. I think I’ve asked the following questions of just about every major item in the flat so far, “Do I like it?” and, “Is it practical for what I need? If no, can I afford to replace it?” As it’s turning out, I’m a lot more attached to stuff than I thought I was.

Here’s what I’ve learned about carrying on living in a home — and revising my identity — after the death of my partner.

There are no-brainer needs when it comes to a power outage: flashlights. Candles. But if you prep these five items you won't bemoan your lack... Read more

Making home work for you

My mother was slightly shocked when, during one of her checking-up-on-me calls, I said the biggest help she could be would be to drive me to a homeware store to get a new set of bedding. I needed it to be my bed, not our bed, but wasn’t sure I trusted myself to both drive and shop in the same journey.

In the same vein, identify the bits that make your home your home and don’t go changing them for a good while

You will need that consistency.

Take everything else really slowly

I’m an introvert; I need to go into hibernation with a book to hide from the world at the best of times. I needed insane amounts of downtime this summer. If you start a new project in the house or garden and you’re anything like me, be warned that it may take you much longer than you thought to complete the project. I meant to weed my garden this summer. Mum and I completed about half of one small border between us one afternoon and I never managed the rest of it. Do not beat yourself up for being lazy when this happens!

Again, this is that things-will-take-more-time-than-you-think thing! Some places will let you update the details over the phone, some will let you use email, and others will insist on a written letter. I found that there was no logic whatsoever with the different agencies as to their preferred method. Council tax? Phone call. Internet provider? Online portal. TV Licence? Letter.

My final tip is really something that should be sorted out long before the worst has a chance to happen. I moved into his flat. He had not made a will at that point. We were not yet married. Under English law, this meant that everything was due to go to his next of kin — his mum — and nothing whatsoever was due to come to me. As it is, his mum has been incredibly generous and has told the solicitor dealing with probate that she does not need the flat and that it should go straight to me.

If you are in the position where you would be homeless if anything happened to your long-term partner, work with them to sort this out. If you are the one whose name is everywhere, get it sorted! Whether it means adding names to the tenancy agreement or house deeds or writing a will or getting married/civil partnershipped/otherwise signing some appropriate paperwork, get something sorted out. I can tell you from experience that, living with the worry of homelessness on top of everything else that you’re dealing with is a complete and utter pain!

I was a fiancée. We were planning to get married on 29th October 2011 at my local church. I’d made the cake, we’d sorted the budget, we’d chosen our clothes, the rings had been bought, save the date cards had been sent. My only stress was that, owing to my brother being in the Armed Forces, we’d had to rearrange the dates several times and, after briefly pulling the date forwards by four months, causing me to simplify every single idea that I’d had, I couldn’t remember any of the more complicated things that I wanted to do in the way of decoration and stuff! All in all, everything was going pretty smoothly.

The next thing I knew, I was registering his death and, when asked for some reason what my marital status was, I realised that I was still “single, never married.” Oh how that status hurt!

Because of the speed at which I had been planning the wedding (at one point before yet another call from my brother, we had something like 98 days to go), I’d never really had chance to sit and chat to my friends about plans for dresses and bouquets and guest lists and stuff. After he passed away, people obviously didn’t want to mention wedding plans to me because it just sounded so wrong to be talking about things like that. I didn’t realise until I met up with newly-married friends later in the summer that I actually needed to talk about my wedding plans!

One friend was still in completely blissed-out new-bride mode and blatantly didn’t even think about whether it might be the best thing to be gushing about in front of me but, as it turned out, it was. I had never had chance to talk about the impossibility of inviting all the important parts of two very large social circles and balancing friends who are closer than most family with large numbers of cousins who always get invited to all the family events. It turned out to be a huge release for me in some ways.

My current issue revolves around motherhood. I had sort-of promised myself that I would not have kids after I turned 34. My mum was an older mum and I don’t want to be one myself. When I was with my fiancé, his health issues were such that we weren’t planning on having kids anyway. I’d be lying if I said that hadn’t been a difficult thing to get my head around but I loved him and that was more than enough for me. I couldn’t have coped with his occasionally-prolonged hospital stays if I’d have had a toddler to look after. The previous summer, I’d struggled with looking after the fish properly!

But now, where am I? I’m 30 years old and biological child-less — there’s a semi-step-semi-adopted son in the mix there too but this isn’t his story. It’s going to be another couple of years hence before I’ve sorted myself out enough that I’m willing to even date again, let alone get married and have kids so, in all probability, I’m going to miss my self-imposed deadline.

When my fiancé was around, that didn’t bother me. Now he’s not, and many of my friends and colleagues have small children, and it sometimes hurts more than I want to be able to bear.

In all honesty, these thoughts and feelings have got easier over the past few months and I’m sure that they’ll get easier still as time goes on. My main reason for writing them down is simply because a lot of the stuff I’ve read about grief and bereavement in the past nine months tends to cover either the loss of a person or the loss of a long-held role. The loss of a future role that you never thought you’d have anyway doesn’t seem to be covered for some reason! I can’t be the only one reading any of the Offbeat sites who is in a situation like this so I just wanted to say, “You’re not alone, we’ll get through this somehow.”

If you are in this position, good luck with it all. They say that time is a great healer and it will be better one day, just not for a while yet. 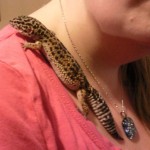 Comments on Living in your home after a death