Skip to content
On August 11th 2012, in Steubenville Ohio, a very inebriated 16-year-old girl was raped by two of her peers while others watched, recorded, and encouraged the brutality. The crime, perpetrated by two 16-year-old boys, was brutal and public. In the days that followed, the rapists and other students shared the grotesque details of the assault on Facebook, Twitter, Instagram, and YouTube. They minimized the crime, blamed and shamed the victim, and generally behaved in ways that make us question human decency.

On March 17th 2013 Ma’lik Richmond and Trent Mays were found guilty of rape and sentenced as juveniles to be incarcerated in a juvenile detention facility until they turn 21. During the trial the prosecutor asked one of the onlookers, Evan Westlake, why he didn’t stop the rape and his response was “well, it wasn’t violent. I didn’t know what rape was. I always pictured it as forcing yourself on someone.”

Last week I stood in line at the grocery store behind two female friends with pre-teen children in tow. They were discussing the Steubenville trial and complaining about the fallout. As the parents of teenage girls they were happy to see the perpetrators punished but they expressed sympathy over the public nature of their consequences.

And then they spent the rest of the time discussing how unfair the entire ordeal is to them. Because the word rape was being discussed so openly they now had to have conversations with their daughters about what that means. Which, clearly, is the real shame in this whole mess.

At that point the pre-teens bounced over to their mothers giggling and whispering to each other. And that was when I noticed the button on one of their backpacks picturing Damon and Elena from The Vampire Diaries in a close embrace.

And then my head exploded.

I have this super awesome talent for thinking of the perfect thing to say hours later. A talent which is not in any way useful — unless you have a blog. In which case you can blog about it and get it all out. So here are three possible, age-appropriate, conversations you can have with your children about rape that I came up with:

This tutorial is actually ultra simple and uses just a few inexpensive crafting supplies that you may already have laying around: photos, craft paper, scissors,... Read more

Sleeping Beauty and the 7 year old

Parent: And there she lay, so beautiful that he could not turn his eyes away, and he stooped down and gave her a kiss.
Child: And she woke-up?
Parent: She did wake-up. But do you think what the prince did was right?
Child: Well if he didn’t kiss her she would be asleep forever.
Parent: But how would you feel if someone kissed you when you didn’t say it was OK?
Child: Gross. That’s not very nice.
Parent: Can you think of another way that he could have woken her up without kissing her?
Child: Well maybe if they had a dog they could make the dog bark really loud?
Parent: That’s a smart idea! What else?
Child: I know! A bunch of people could get pots and wooden spoons and they could bang them really really loud!
Parent: What a good idea! Why don’t we draw a picture of that and we can put a new ending in this book?
Child: Yeah!

The Vampire Diaries and the 13-year-old

Parent: So, on this show, the vampires compel people to do things?
Child: uh-huh (said without looking up from computer)
Parent: Like what kinds of things?
Child: Whatever they want.
Parent: Do they ever compel girls or boys to kiss them?
Child: Yeah, Damon does.
Parent: So the girls don’t say that they want to kiss him.
Child: Mom everyone wants to kiss him.
Parent: But how would you feel if someone you didn’t want to kiss made you do it? Or would you ever feel OK kissing somebody who didn’t want to be kissed by you?
Child: *eye roll* No mom.
Parent: What would you do if you were at a party and saw a vampire compelling someone to kiss them?

You might not get a lot of conversation out of a thirteen-year-old but the lines of communication can be opened up and your child can have a better understanding of consent. Vampire compulsion is portrayed as a sexy version of the date rape drug. And teens are getting the idea that an overwhelming obsession to be with someone, regardless of that person’s consent, is the ideal form of love.

In our current culture of slut-shaming, teen girls are attracted to this compulsion aspect. They get to have sex but the fault is removed from them. We need to understand why these plot lines are compelling to our daughters. And we need to talk to them about it.

[Editor’s note: we acknowledge that this example may not work for everyone — some families may choose to be more overt with their discussion of rape with 13 year olds. If you would phrase it differently, what would you say?]

Awards shows and the 18-year-old

Parent: Did Seth McFarlane really just sing a song about seeing women’s boobs on film and reference four rape scenes?
Child: Those actors are old. I don’t even know any of those movies.
Parent: Jodie Foster in The Accused, Charlize Theron in Monster, Hilary Swank in Boys Don’t Cry and Jessica Chastain in Lawless.  Those are all rape scenes.
Child: What a douche. It’s just like my prof in Feminist Perspectives of Modern Media says. The flesh of women’s bodies becomes disambiguated from their personhood and they act as a vehicle for sexual stimulation, degradation, and voyeurism on film and in society more broadly. Women can’t have both sexuality and sexual agency. In our patriarchal, colonialist, rape-culture society, women’s bodies exist to be exploited and perverted.
Parent: Right. I was totally going to say that. Fucking disambiguated, patriarch-y-ichal, rape-culture. Not cool.

Moral of the story: It’s never too early to start the conversation. Our children are watching and listening. In this multi-media generation turning off the TV and censoring content isn’t the answer. Talking is. The fact that teenage Evan Westlake could witness a rape and not be able to identify it as a rape means that we are failing in teaching the realities of consent and assault to the next generation. And if they are our future we need to make some big changes.

Do you have any tips for discussing rape with kids and teens? 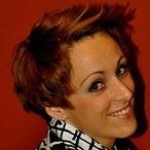 I'm my wife's wife, my son's mama, a photographer, and a blogger who resides in Ottawa, Ontario.