Categorizing the world (including based on gender) is a really important developmental phase and one that kids shouldn't be shamed for. However, introducing kids to many incarnations of gender is important. Kids categorizing and gendering items and people is based on what they see around them. I know this phase can be REALLY hard for a lot of gender-bending parents. Here are my tips for getting through this phase…

I was introduced to a truly neat, seriously overdue concept: a super safe child safety seat that condenses down to the size of a medium cup of coffee. It weighs less than a pound, secures in about 20 seconds, and is perfect for traveling, cabs and other rideshares, and for keeping on hand whenever you need it.

When you become a parent, I think it's natural to have expectations and preconceived ideas of what the little person you have created is going to be like. Imagining the future and what that could look like is perfectly natural. But as they grow, you begin to see them become this little person who is unique and special in their own ways. At that point, you should let go of the ideas and expectations you had in your mind at the beginning…

I try to speak openly about my battle with depression, and it is the time of year where I tend to be at my worst. This season is no different, and the last few weeks have been a struggle to accomplish my day-to-day tasks. Still, even with my attempts to be open and unashamed of my mental health, it was hard to bring my daughter to therapy with me. I never had the intention of bringing her. However, I had my usual therapy session scheduled on one of her approximately 148 snow days this year. My first thought was to cancel the session, but I realized the only reason I was going to do this was some ambiguous sense of discomfort…

Yesterday should have been a normal day. It started off that way. But instead it became a first for my eldest daughter. My daughter asked a boy to stop using profanities, and instead, he used them more and more, especially directed at her. And then he threatened her, repeatedly.

When the bus did stop, she ran as fast as she could and into my arms. Her whole body shook with fear and anger. That was the day our daughter became the victim of sexually violent language. She is ten years old. The boy was twelve. She was riding the school bus home from fifth grade.

There are a lot of books that I enjoyed as a child that dismay me as an adult. I try not to be a loud feminist killjoy too often, but occasionally I come out of hiding from my lair, like when I read this outdated series of books that somehow ended up in my house and has been taken up by my son with great enthusiasm… 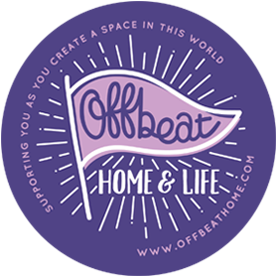