“Today we’re going to get into small groups,” my thanatology teacher announced, handing out a list of questions. The challenge: planning Wonder Woman’s funeral.

Wonder Woman, according to our assignment, had tragically passed away after many years of kicking butt as a sexy crime fighting crusader in the name of justice. Because she was loved the world over, Ms. Wonder Woman’s only direct request was that her body disposition (what’s done to the body), final disposition (the body’s final resting place), and funeral service equally include all of the many unique death-related practices without offending or marginalizing any of the inhabitants of the earth.

The request was sweet… but not exactly simple…

Despite appearing noble and caring, for a universal icon to not play favorites when it came to cultural death-related practices, her request wasn’t practical or even, well, possible.

“This is taking too long; we’re not going to get done on time if we don’t hurry,” I said, looking at the clock on the wall.

“Maybe we need to just pick something so we can get started — say embalming, that’s a popular option,” one of my funeral-planning teammates suggested.

My wife is an early childhood and special educator. She works with young students, most of whom are the same age or younger than our... Read more

“Yeah, it’s a popular option here, in the States,” I reminded. “But not even everyone in the United States wants to be embalmed. Entire groups of people would still be left out.”

It’s just flat-out impossible to sprinkle someone’s cremains and simultaneously embalm their body. It’s just not going to happen. And someone looking for an all-natural, just-dig-a-hole-and-throw-me-in-it-style burial won’t want all the embalming chemicals, and they’re not going to want their body sprinkled somewhere like crumbs being shaken onto the ground off a picnic blanket, either.

Then there are always the more unusual options, like cryogenics or allowing the corpse to rot (yeah, it’s not really my first choice either) or possibly even rockets (well, at least in a universe infested with super heroes). That’s not even all of the options when it comes to deciding what the heck to do with someone’s body!

Therefore, whatever we did with the body of our deceased crime fightin’ gal, someone was, inevitably, not going to be a happy camper. Some entire culture, if not multiple cultures, would feel forgotten or completely offended. At least a dozen sacred religious traditions would be violated. And there wasn’t a damn thing we could do about it.

We couldn’t even decide what to do with the body let alone what type of funeral service we’d have. Would it be somber or celebratory like a wake? Would it be religious — and, if so, what religious traditions would it follow — or secular?

“Why didn’t Wonder Woman just say what she wanted?” one of my partners said in exasperation. “Then, even if people didn’t like it we could at least tell them that it’s what she wanted — that it was honoring her wishes.” But now all the blame for this imaginary funeral planning would fall squarely on our shoulders. However, unfortunately for us, Wonder Woman hadn’t considered the level of stress and frustration her vague request would cause her poor funeral planners in their sociology class.

As I weighed various personal, cultural, and religious reasons for cremation versus embalming, it suddenly occurred to me that “don’t spend a lot of money” — my only stipulation for my own funeral and body disposition — was just as impractical and potentially problematic as Wonder Woman’s request.

I realized not giving my family any details would be like when a friend says, “Oh, you know what I like…” in response to what she wants for lunch. Instead of her non-specific order helping the situation by making it less complicated, it just makes things unnecessarily difficult for everyone (Does she want a hamburger or a cheeseburger? What size fries? Would she want a drink? Diet or regular?).

Whether I want my family fretting about my funeral or not, they will. And unlike Wonder Woman’s funeral planners, who were sitting comfortably in their Sociology of Death and Dying classroom, their biggest concern being the upcoming midterm, my relatives will also be grieving. They’ll be mourning, overwhelmed with options, and unsure what I would’ve really wanted.

While it might be impossible to please all the inhabitants of Earth the way Wonder Woman had naively hoped, I can at least take some of the future burden of funeral planning off of my family members by making my final order a little less vague… 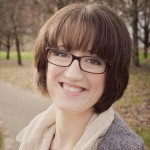 Kelsey lives just outside beautiful, green, rainy (sometimes a bit moldy) Seattle, Washington with her husband and their fur-child. She can often be found reading, drinking tea, or rewatching Doctor Who.