Skip to content
Families that experience major medical drama or have chronic conditions are all too often permanently associated with that drama. I had a friend growing up whose family was “The Car Accident Family” after several of them were permanently disabled in a serious collision. One of my friends was “The Dog Bite Girl,” and the mother of another friend was creatively dubbed “Deaf Mom.” I myself was a member of “The Kidney Family” after my mother donated my father a kidney when I was in middle school. For years, I was confronted with “Oh, YOU’RE the kidney girl…” or “That’s right, I heard about the transplant thing.” It was the first thing most people knew about me, and often the most frequent to stick in memory.

I hated it. Of course the transplant itself was wonderful for my family; it strengthened my parents’ relationship immeasurably, highlighted for us how loved and supported we were by our community, and gave my father a chance to live a longer, healthier life. For thirteen-year-old me, it was hell; I missed weeks of school, had to single-handedly sift through piles of well-intentioned but high-maintenance “helpers” and well-wishers, felt responsible for my parents as they healed and my then six-year-old brother as he struggled to understand everything. Insult of insults: the TV was half-hidden behind the rented hospital beds my parents had set up in the living room, so I couldn’t even watch The X-Files. To have that one traumatic, stressful, and generally awful event used to identify me was a slap to the face, however positive the outcome. I disdained ribbons to show support, and was occasionally flat-out nasty with people from support groups and benefit organizations.

Through college, I subtly concealed my dark medical past to all but my closest friends. I felt like strangers could smell the antiseptic of a hospital if I ever brought it up, so even after I went out into the “real world,” I rarely brought it up. I recreated myself as “that pottery chick” or “the girl with the big vocabulary” and sometimes “you know…the one who went to that weird hippie college.” Eventually, I became “R’s girlfriend,” and eventually “R’s wife,” and I was perfectly happy to be known that way. We got pregnant, and I was all geared up to be identified as a mom, hopefully a pretty awesome one.

Then we had our 19-week ultrasound. Our son — who was otherwise perfect in every way — had so many congenital heart defects that the doctor who made the initial assessment wasn’t even willing to guess which we would have to address first. In the time it took for our expressions to shift from excitement over the little boy squirming on the monitor to paralyzed terror, we became “a cardiac family.” Again and again, our son was referred to as a “hypoplast,” or a “single ventricle,” and only with repeated prompting did many medical professionals refer to him as a boy, a baby, or after birth, even by his name: Hudson.

To make a very, VERY long story short, Hudson did not do well after birth, and when he was two months old we were rushed out-of-state to Children’s Hospital in Boston where he was listed for a heart transplant. Suddenly, I was part of “the transplant family” again. I would have a “transplant kid” who would forever bear the label “cardiac,” no matter who he turned out to be. Thankfully, we had a short wait, a successful transplant, and he has had a pretty smooth road since then. Hudson is eight months old this week, and we are fully entrenched in the horrors of helping him find a healthy sleep pattern. No labels fully apply other than “happy baby.”

I started a new job recently, and made a very concrete decision. I would not let myself be labeled with the one awful thing that has dominated my life for the last year, because I want to be labeled according to the things I love. I’m a mother, and I love my son; being his Mom is the most amazing thing I have ever done. I’m a wife, and I love my husband; being his partner, even a sleep-deprived and cranky one, is a constant source of joy. I’m an English teacher, and I love my job; yes, I even mostly love my high school students, even when they are total pains in the butt. I will never escape from the fact that we are a transplant family, and that Hudson is a cardiac kid, but rather than let those be the defining features of who we are, I will simply accept them as part of the background. My new coworkers know who and what I love, and that is what I think matters most.

Raising Hudson to identify himself as himself first will be a challenge; he will always need to be aware of safety restrictions and all that jazz, but on that first day of school, I want him to say “Hi, I’m Hudson and I love books!” or “Hi, I’m Hudson and this one time, I ate a bug!” or something like that instead of “Hi, I’m Hudson and I had a heart transplant.” He is — and we all are — more than data on a hospital chart. 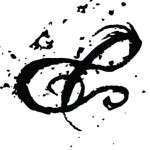 SarahKat is a high school English teacher, mother to eight-month-old Hudson, husband to a stay-at-home writer/Dad, and slave to three generally needy cats. She lives outside Portland, Maine, where she loves exploring farmer's markets, eating locally, and finding local spots that are baby-friendly (but still have a great beer list). She blogs at http://letterstobatman.blogspot.com

Comments on My son is more than “a heart transplant baby”