When we bought our home in 2007, we were just two kids right out of college, getting married in a year, and unknowingly on the brink of parenthood. We just liked that the house was (a) old, (b) downtown, and (c) needed a crap ton of what we assumed was cosmetic work done on it. It had great bones, as they say, and many of the major elements like the roof and windows had been replaced recently. We figured we’d revamp the place, live there for a little while, then resell it when our careers and our family would lead us to bigger and better things.

Until we started actually working on our house, and what we thought would be just a few coats of paint and some decorative trim ended up being epic bouts of knocking down rotten plaster, rewiring dangerous junction boxes, and a whole lot of cursing not completely under our breaths.

Two years in, I started a home reno blog about our adventures in attempting to essentially flip our home in a failing housing market, and I was not shy in airing my frustrations with the previous homeowners and how they had gone about “caring” for the house we now called home.

Three years later, our little house blog has slowly gained a small following, and I’ve managed to net a couple of paying blogging gigs thanks to my effort both in our renovations and in my chronicling of them. Then, one day, an email appeared with the simple subject of “house blog.” I opened it, expecting one of the normal blog-related emails I receive, but it was a personal letter from a family member of the previous homeowners.

It began pleasantly enough, but quickly turned and became a verbal lashing concerning the way I’d expressed my angst with the previous homeowners — I was accused of being disrespectful and rude and was chided for not respecting the history that came with this house and the people who lived several lifetimes here. Shocked, I sent the email on to a couple of good friends for perspective.

A friend of mine who had recently moved assured me that I was perfectly within my right to complain about the previous homeowners, because every previous homeowner does something that the next one will hate. And I know I’m not exempt from that — it’ll take a special person to love my black master suite, for example. And the next people who own this home will find faults with how we did things and the choices we made. That comes with homeownership, especially in old houses — you have to deal with what’s been given to you, and you just have to hope the damage isn’t too deep.

My door is open: why I’m pretty public online about my home

Rockethaus is pretty public. I run two blogs dealing specifically with homes, I tweet pretty much all the time, and I am also a normal... Read more

After some time of walking on eggshells every time I posted something new, I realized that while the previous owners felt they had to defend their family’s honor, I still felt I had every right to vent my frustration with what was now my home. It wasn’t about decor choices or the pros and cons of our neighborhood — it came down to the fact that when this house was sold to us, so was their right to control the image of it and its inhabitants.

Since then, I’ve been slightly more judicious in how I talk about the “before” portions of the house and my presumptions about the people who lived here before us. On the other hand, I’m not going to let the fear of “what people may think” keep me from my honest emotions.

Learn a lesson from me, Homies — write about your homes, your pads, and your yurts with reckless abandon. But, remember, the internet can be like a small town, so brace yourself for when the previous occupants find your blog and hate you a little for it.

Has anyone else experienced this either on the internet or in real life? How did YOU handle the unhappy previous home owners? 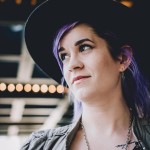 Tabatha is a late-twenties lady with two preschoolers, five cats, a Chihuahua and a husband. When not renovating her 114-year-old house in Dayton, Ohio, she can be found doing a number of things from freelance blogging and graphic design to aerial silk routines and dreaming up her next tattoo.

Comments on When previous homeowners find your home reno blog