Skip to content
My son Max was born on September 18, 2012 with several other first-born baby boys. According to the nurses, the days leading up to severe thunder storms tend to bring in lots of first-time births where the expectant mom’s water breaks. The day before, I had decided to work late in order to finish as much as I could, just in case baby came early.

So, that evening, as I was finishing up a report at my desk, I kept myself going with a frozen meal from my stockpile in the office freezer. It was a Trader Joe’s Paneer Tikka Masala (a spicy Indian dish with rice). After I ate it, things just started feeling weird. The baby was moving a lot more than normal, almost restless, and it felt like he was preparing for escape. The sensation caught my attention, so I texted my mom and sisters to let them know “If I go into labor tonight it’s because of this spicy Indian meal!” And, sure enough, several hours later, my water broke.

My husband didn’t believe me at first. He was convinced, thanks to the media, that I should scream, curse, or yell during contractions. So when my water broke, after leaning down to pat my dog before going to bed, he was very skeptical.

It didn’t happen all at once. The first rush was what I later found out to be the “mucus plug.” Basically it’s a clear, jelly-like substance that holds its form. When it first happened all I could think of was “Oh, great.. I’m officially a giant, gross, pregnant lady!” But then I thought back to the stories my mom had told, and after a quick change of pajamas, I realized something bigger was probably happening. I warned my husband that “Tonight might be THE night,” but he scoffed it off and told me to “just go to bed” (for my own sake, since I had spent the last several weeks staying up far too late — and being exhausted all day — thanks to some serious nesting!).

I had read somewhere that if you think your water broke, laying down for a half hour or so (to let the liquid accumulate) will allow the liquid to collect and build. And that’s just what happened! Within a half hour of laying on the couch (on a bunch of towels), I woke up to a huge rush of liquids seeping from my, ahem, baby pocket.

My immediate reaction was to run into our bedroom, legs crossed, to tell my husband “My water broke!” then proceeded to trip over our dog on my way to grab another towel to catch the waters (SO much liquid!). In a quick rush, I found myself in an empty bath tub, naked, with my cell phone (to call my doctor), reading a pamphlet on “Understanding Birth.”

The doctor said to come in within six hours or when my contractions were five to seven min apart. So an hour later, after the liquid rush subsided, I found myself furiously writing emails to coworkers and colleagues to let them know I would not be able to make that conference call, finish that report, and what to do in my absence. It helped to pass the time (though I’m sure they all think I’m nuts) and calm my nerves, but by the time I laid down to relax, my contractions were nearly two minutes apart. So off to the hospital we went, leaving two very upset, very confused dogs at home.

Let's backtrack to the 37th week, two weeks before Alice was born. Henry and I went to my weekly check-up together, to have "The Talk"... Read more

By the time we arrived at the hospital, my contractions were only one minute apart and I thought that baby was nearly ready to enter the world. Little did I know how much longer we had to go. Hours later, at 11am, we were cleared to move to a delivery room where they started a Pitocin to induce labor.

I think it’s important to say here that my original “birth approach” was to go as natural, unmedicated as possible, but have the option for whatever else helps bring the baby into this world in the safest, best way for both of us. And I wanted that because I have a serious discomfort with pain medication, thanks to several bad experiences, to the point where I get cavities filled without anesthesia.

Unfortunately, rather than inducing labor, all the Pitocin did was wear me out. This was despite the best efforts of a fantastic nurse who coached me through contractions using a mix of comfort and toughness, visualization techniques and breathing exercises, four hours later, I was only 3 centimeters dilated and rounding the corner near serious distress. It happened all at once. I went from moderate pain and little progress to severe pain which lead to serious distress. And that’s when things started getting scary.

Breathless and unable to speak, I stared at the clock, unable to see anything else around me, and coached myself to keep going through what was more than 20 minutes of straight, rolling, increasing, contractions. I cannot possibly describe the pain. Every fiber of my body hurt. I was shaking, barely aware of what was going on around me, unable to see anything other than that clock. Trapped in my own pain, unable to communicate or move, I kept thinking, “Where is my mom? Where is my husband? Why isn’t anyone DOING anything? Can’t they see something is wrong?!” to meditating, It’s ok.. they just don’t know.. mom will be here soon, she’ll help me… just hold on a little longer… ” But I could tell I was slowly drifting out of consciousness and all I could do was hope that someone, somehow, would figure out that I needed help before I passed out.

And that’s when mom came in, saw me, and had the doctors almost immediately administer an epidural. By the time it took effect, less than 15 minutes later, my whole body was convulsing. I was so scared, and so afraid that Max and I wouldn’t make it.

Once relief came, I was able to breathe again, chat even. And we spent the hours proceeding that talking about anything and everything. Time seemed to disappear and all we could do was wait. Then, finally, the doctor announced that I was fully dilated. I was a little worried that the pain meds wouldn’t allow me to push. Turns out, that wasn’t going to matter anyway. Rather than announcing it was time for delivery, my nurse and doctor shared a concerned look and hushed conversation. The doctor stepped out of the room. When she came back, the news I feared had come. We needed an emergency c-section.

And this is where my mom really shined. Without hesitation, she took one look at me, with tears in her eyes, and said ‘Julie, I think you know what you need to do.”

When the doctor gives this kind of news, they give it in the form of a recommendation. I think that is the part that really throws women. No one can force you into anything without getting your approval first. And this is where my mom really shined. Without hesitation, she took one look at me, with tears in her eyes, and said ‘Julie, I think you know what you need to do.”

And so, with mom and husband by my side (well, the side of my head, we were all behind a little curtain), we were rushed into the surgical center where, in just 10 minutes, little Max made his big debut. After a flash in our direction, Max was rushed off to be cleaned and, on the way, proceeded to pee on the nurse mid-stride. Apparently that doesn’t happen very often because she shouted “He PEED on me!!” It definitely provided some comic relief to what had been a very trying day. My husband, mom, and I, with tears in our eyes, shared a smile filled with joy, exhaustion, and relief. I kept saying “I certainly happy, but I’m even more relieved.”

And that is when the doctor announced that the reason we were having trouble with delivery was, in fact, because Max’s umbilical cord was wrapped around his neck… twice.

If sharing this story does nothing else, I hope that it helps someone else reconsider their birthing plans before they get to the delivery room. Think about who you want to be there and how well they do in stressful situations. And recognize that no matter how many classes you take, the best preparation for labor and delivery is a wonderful support team that knows and understands you well enough to advocate for you when you need it most. 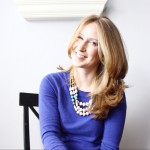 Comments on An emergency c-section birth story: preparing for the unexpected