My husband, Tom, and I recently vacationed in Orlando, Florida and went to Disney World! Pause for magical reaction. I am a gluten-free vegetarian (Tom... Read more

If you’re headed to the Magic Kingdom in Orlando, you’re likely sporting your MagicBands ready to snag every FastPass you signed up for, right? But there are a few quick-hit tips that can make your trip easier, more fun, and ultra convenient.

Oh, and check out these tips for gluten-free and vegetarian Disney goers, too!

Use the Disney app

Use the My Disney Experience app and get FASTPASSES! They are so convenient for signing up to get in faster lines. You can also check the wait times for rides on the app. I’m all about feeling the magic and not pre-planning every second (I was hesitant to even try the FastPass+ situation), but it was an efficient tool. Plus you can check restaurants and quick-serve places and plot out your day. But, you know… in a magical way.

Bonus: you can even order food with the app. Just place your order, head to a specially marked window, and pick up your food.

Look for ways to get on rides more than once

At Disney’s Hollywood Studios there is a nighttime show called “Fantasmic” (which I’m sure is pretty cool), but we decided to skip it and wound up doing Tower of Terror three times. THREE! That ride is so dope, and because everyone at the park seemed to funnel over to that show, the ride was empty and we just kept going back on. If you get on a ride you love and there isn’t a line when you are done, do it again!

It’s totally worth some extra effort to get to the parks when they open and make a beeline to your top-priority rides (think Toy Story Mania at Disney’s Hollywood Studios, Test Track & Soarin’ at Epcot, Na’vi River Journey or Avatar Flight of Passage at Disney’s Animal Kingdom, and Fantasyland or the “mountain” attractions in the Magic Kingdom). It felt great to get there early, basically finish the parks by noon, and head back to your hotel/resort to chill by the pool before heading back at night for some firework magic. And while relaxing at the pool, give yourself a cheer for being so smart.

Are you a single rider? Test Track, Expedition Everest, and Rock N Rollercoaster all have a separate line for single riders, which also saves time.

Catch the train at Magic Kingdom

There is a train that goes around the perimeter of Magic Kingdom, which was a great break from the crowds and walking in the hot sun. It’s not super quick, but it’ll save you some hassle if you are trying to make your way over to Tomorrowland and don’t feel like shoving your way through Main Street.

Be sure to check out the fireworks at the castle in Magic Kingdom at night. They have come a long way with the animation. It was incredible. We are all adults, but we must have looked like children with our smiling faces turned up to the sky. A little kid, who was on her adult’s shoulders, beamed down at me with a knowing look of, “yeah, this is incredible, right?”

Tip: stake out a spot around 45 minutes in advance to get a good viewing spot.

And when you’re done, hang around the Magic Kingdom for about 30 minutes after closing (and 30 minutes before the stores close) for the special goodbye, The Kiss Goodnight.

Show off your special occasion

If you are celebrating a special occasion like a birthday or honeymoon, pick up a button at your resort hotel or in the parks from Guest Services. You’ll likely receive some perks while walking around.

What are some of your special Disney tips?

What Disney taught me about healthy polyamory

No one would ever try to argue that Disney love stories are realistic portrayals of the ups and downs and trials and tribulations of relationships. Their fairy tale happy endings are what make them so endearing, but they definitely don't set proper expectations for dating in the real world. A prince is probably not going to come wake you up from sleep with an enchanted kiss while woodland creatures serenade you. But, there are some relationship lessons I have recently realized Disney imparted on me -- and they're the least likely of all. Let's see what Disney characters can teach us about healthy multi-partner relationships... 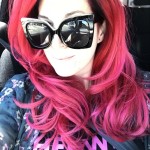 About the Author: Tiffany Wright

Tiffany is coming to you live and in color from New Jersey – complete with big red hair and blue eyeliner! When she is not working for the Empire as the Vendor Relations Manager, she loves unicorns and crystals, and can often be found reading or crocheting at home. She loves yoga, especially honing her aerial yoga skills, and is nursing some serious hula hoop dreams. She is really into sideshow performers, and boasts that she has seen at least ten of the world's sword swallowers in person! Tiffany is also a proud vegetarian who thinks you DO win friends with salad! She also has a hairless cat named Oliver Star, who smells like potatoes.