Skip to content
My fondest childhood memories aren’t of playing in the great Australian outdoors. They’re of sitting in front of a computer — any computer — and figuring out games like Simon the Sorcerer, Azure Dreams, and Indiana Jones: The Fate of Atlantis. When I got older, it was Snake on my Nokia 3210 which saved me from the social awkwardness which comes with being a teenager. Just crack that baby out and pretend you’re texting! High school can be fun!

It’s true that life’s finer things are pixellated. Just think of old school video games, fast-loading Flash movies and, uh, censored nudity. Last year Japanese designer Kunihiko Morinaga brought us some mind-blowing pieces influenced by the art of pixelation (just check out his table and rug, pictured left!). These pieces were displayed in Morinaga’s pixel paradise — a showroom created to correspond with the launch of his 8-bit inspired fashion line.

Obviously, it’s a very special thing to want to make your living room look like an MS Paint explosion. Unfortunately, Morinaga’s creations are unlikely to leave their Harajuku showroom. So let’s geek out over these affordable low-res lovelies instead!

You know how much Offbeat Home loves shark-based home décor. But Puxxle, the company founded by the sisters with a prevalence towards retro video games, makes squirrels, cacti, crocodile, and hedgehog wall stickers as well! These stickers are a little bit of work (you have to stick the individual “pixels” on your wall one by one) but if you’re a fan of mosaics you should have a ball. I think these would look great paired with…

The 8-Bit Flower Bouquet by ThinkGeek is a perfect gift for the gamer girl/guy in your life. These flowers never wilt, take up hardly any space, and their cheery smiles would brighten anyone up after a hard day on the console.

This rug by Crate & Barrel is made of 100% hand-tufted wool and trades at under £300. I think it’s contradictory in the best way, in that it would be great at adding colour to a muted room but also toning down a loud one.

If you’re more of a hands-on type, Instructables has a guide to making your own pixelated trash can out of plywood and paint. It might be a little too special to put your trash in — but you could always use it to store your extra lives!

Etsy store YumesPixelCrafts makes photo frames and fridge magnets based off old Nintendo and Lucasart games. (I’ve got a Monkey Island frame and some Pokemon magnets — but I’m still waiting on Jigglypuff to make an appearance!)

Have you seen any other examples of pixel pride in the home? Do you think you’ll be able to get the Zelda music out of your head for the rest of the day, now that I’ve mentioned it? 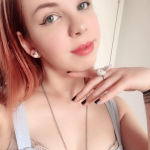 Stephanie Davies is a freelance writer and general person. At seventeen Stephanie moved from Australia to England to become a writer, because she'd heard that's where they all live. When not playing video games, she can be found sporadically updating her blog 'The Solipsistic Socialite' and wondering what to do with the rest of her life.

Comments on 1-up your living space with pixelated home decor