My husband and I have been trying to conceive for three years now, with only one success (which ended in a miscarriage). Kids have always been in our plans, ever since we got married. However, thanks to some recent events in our household we’ve discovered that my mental health isn’t anywhere near as stable as I thought it was. And we had to make the difficult decision that we can’t have kids, because we’re both concerned that a baby wouldn’t be safe alone with me for long periods of time.

I know that this is the right choice to make, for my sanity if nothing else. But I feel like I’m grieving for the life we planned, and the kids that won’t be a part of it. I’m struggling to focus on the life I do have, because I can’t stop thinking about the way things aren’t going to be. Any advice? -Kyo

This is tough one! First, I’m sorry about your struggle and I am sending good thoughts for your physical and mental well being. I’m not much of a therapist, so just a few brief thoughts. Plus, everyone is so different that my coping mechanisms might not work at all for you!

But here are some ideas:

I’ve turned to this book over and over again during various mental and physical struggles. Basically, as part of your healing, you’ll have to learn to live the suffering and understand that it does come and go — and that’s okay! That’s life. I can’t summarize very well, but here’s an excerpt from her book:

Things falling apart is a kind of testing and also a kind of healing. We think that the point is to pass the test or to overcome the problem, but the truth is that things don’t really get solved. They come together and they fall apart. Then they come together again and fall apart again. It’s just like that. The healing comes from letting there be room for all of this to happen: room for grief, for relief, for misery, for joy.

2. It’s good to remember to live day by day and force yourself to do a few things

No matter how cheesy, like: exercise, write a gratitude journal, get enough sleep, call your family/friends once a week even if you really don’t feel like it.

My husband doesn’t want kids: how do I cope with his choice?

My husband recently told me he definitively doesn’t want children. I knew he’d been leaning that way over the past few years so we’ve been... Read more

And also check in with them to see how they’re coping. They may be grieving too, and while you’ll cope differently, you can support each other. If you can afford it, maybe a few therapy sessions?

In my own personal drama about whether to have kids, my friend posed an interesting question: Rather than have kids, can you express your need to nurture/care in some other way? I instantly had an answer (which for me was to volunteer as a girl scout troop leader and to get some cats). But as a coping mechanism, can you volunteer somewhere — even just for a few hours a month? Volunteering can do a few things: get you out of your head for a few hours, help you get perspective if you work with people less fortunate, help you express your need to nurture or care for others. 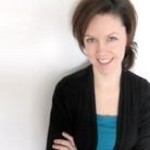 Carly is a proud contributor to Offbeat Home.

Comments on I’m grieving for the kids that we now can’t have. How do I cope?